2017 was a stellar year for crypto prices and ICO earnings. The astronomic climb in bitcoin prices and the millions of dollars raised by numerous ICO projects stole most of the headlines. In 2018, crypto prices have taken a hammering but blockchain, the underlying technology appears to be flourishing.

Only a few notable figures in the finance world dismiss both bitcoin and blockchain. Many identify with blockchain technology even if they are critics of bitcoin and cryptocurrency. In 2018, banks have led the way in the institutional implementation of blockchain for financial purposes. Credit Suisse Group AG and ING Groep NV completed a blockchain-powered securities lending transaction in March to the tune of $30.48 million. HSBC, one of the largest banks in the world also recently completed a major financial transaction using R3’s Corda.

In 2018, other large corporations have announced plans to launch legacy blockchain solutions. LG, Oracle, and Naver are some of the prominent multinational companies looking to develop diverse blockchain solutions. The technology behind bitcoin is seen by many as capable of disrupting the global business process. Some experts even believe that blockchain will drive the fourth industrial age.

A technology that isn’t widely accepted cannot be considered a success. Despite all of its potential, if the average person doesn’t interact with blockchain apps, there will be no value creation. In South Korea, decentralized apps (DApps) are becoming mainstream. From gaming to fitness, the country’s mobile app landscape is showing an increasing blockchain presence. Established behemoths like Naver and Kakao, as well as startups like Kodebox and CLC, are developing popular decentralized mobile apps.

December 2017 saw the emergence of bitcoin futures with both CME and CBOE offering bitcoin futures trading. In 2018 stock exchange companies like Nasdaq and ICE (operators of the New York Stock Exchange) have expressed their desire to create crypto trading platforms. Goldman Sachs announced earlier in the month its plan to trade bitcoin for institutional investors.

The emergence of institutional crypto trade provides added legitimacy for the cryptocurrency market. This legitimacy lends credence to the viability of blockchain technology in the eyes of investors and the general public.

How soon do you envisage the proliferation of blockchain protocols in several systems around the world? Do you believe blockchain is the technology of the future? Keep the conversation going in the comment section below.

The post Blockchain on the Rise in 2018 Despite Crypto Price Decline appeared first on Bitcoinist.com.

$1 Million Worth of Ethereum Phished from Bee Token Investors 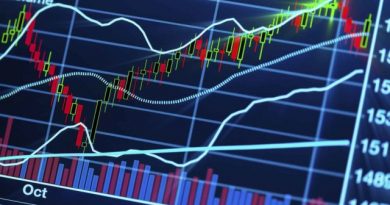 Crypto Markets Surging on Back of Rising US Tech Stocks?