Due to the notorious volatility and unregulated nature of cryptocurrencies, many organizations and even governments are jumping on the bandwagon to ban them.

As we move further into 2018, even the big tech firms are starting to put their foot down on crypto advertising. Such a huge widespread ban has the potential to severely hinder the future development of the crypto industry.

As of June, even Google will be banning the advertisement of crypto – including ICOs, wallets, and exchanges, etc.

There has been a lot of speculation as to why this has happened. Some speculate that it is merely an attempt to protect their users (and their reputation) from fraudulent ICO and token scams and Ponzi schemes, while others have even suggested that these websites could be feeling threatened by the increasing popularity of blockchain technology.

But regardless of the reasons behind these bans, one thing is becoming clear – ICO marketing has become increasingly difficult.

ICOs Are Looking for New Ways to Gain Exposure

As it stands, some of the main ways to promote ICOs include:

If you really want to succeed, it’s likely you’re going to have to leverage all of these methods and more.

Hopefully, after a while – if your offer is good enough – your idea will spread among users through word of mouth and you’ll be able to tone down your efforts slightly. But until then, you need to work hard to get your message out.

Can Decentralized Platforms Be A Powerful Channel to Promote ICOs?

One up-and-coming blockchain platform, known as 2Key, is introducing a brand-new model that rewards users for sharing valuable information.

It might just be the new go-to platform for blockchain startups looking to gain exposure.

2Key is a decentralized global referral network. Its goal is to become the go-to platform used to share information about products, services, and events. The platform encourages the free-flow of valuable information through human referral chains. This is made possible through the platform’s Multi-Step tracking technology that makes it possible to track and reward every user involved in the link-sharing chains.

Using this technology, anyone can easily create their own referral link based on a smart contract, define their goal (such as more exposure, leads, or sales), and incentivize the human network to share this message to achieve it.

It even incentivizes users to share beneficial information by directly rewarding them with tokens.

As time progresses and 2Key continues to develop, the platform could become the go-to solution that ICO organizers choose instead of running bounties for their users.

Another platform that’s built a lot of momentum is Wings.AI.

While the core functionality is to forecast and predict the amount an upcoming ICO is going to raise, the benefit Wings can bring to the table is ICO discovery and word-to-mouth buzz marketing.

The Wings community is comprised of crypto enthusiasts and investors that are constantly seeking new projects to evaluate. Through the Wings platform, users are exposed to new projects on a weekly basis, and they are required to run due diligence evaluate the project and share their findings on social media and on the Wings platform.

In some cases, this can create a network effect, where thousands of people engage with a project, ask questions, provide feedback and discuss it with each other.

How Are Users Rewarded?

With 2Key’s case, the platform features its own multi-party state channels protocol. This allows links to automatically perform self-tracking and information sharing as they are distributed.

This enables 2Key’s smart contracts to automatically reward the entire chain whenever a result is achieved.

Users will be rewarded with the 2Key Ethereum utility tokens in return for successfully referring other users. These tokens can be exchanged or used to purchase other services within the network.

With Wings.AI, users are rewarded in tokens based on how accurate their predictions were.

This incentivizes users to run a good due diligence, improve their rating on the Wings platform and grow their reputation.

The Future of Advertising

There are a huge number of predictions about how advertising will change in the future that can be applied to the ICO industry.

Perhaps one of the biggest changes we will witness is the ever-increasing personalization of advertising.

Long gone are the days when the best way to advertise was to put up a massive banner advert in the middle of the city center that would attract the attention of everyone who passed by.

In today’s society, the best advertising is that which is highly targeted. A study by Rocket Fuel revealed that 80% of Millennials see value in brands engaging them with personalized offers.

Platforms like 2Key that are part of the moment shifting advertising away from the hands of big brands, back into the control of the human network, could act as a major catalyst for changing the future of advertising. 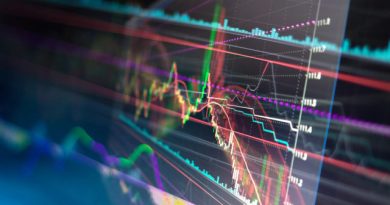 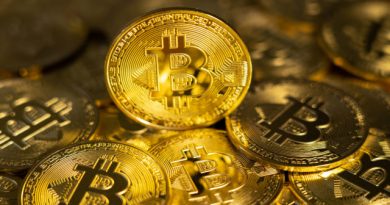 And The Cryptocurrency Most Similar To Bitcoin For Gains Is…