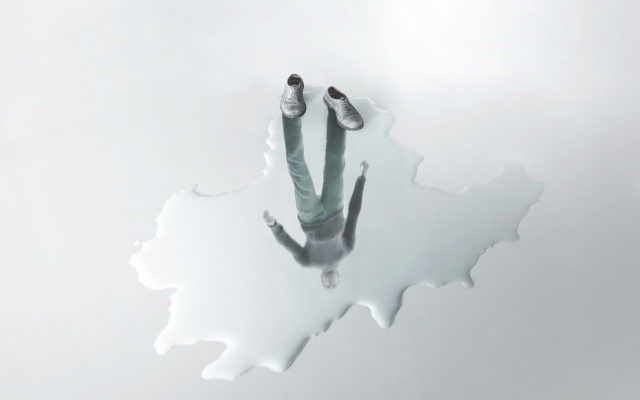 Dash Core Group CMO, Fernando Gutierrez, has denied that Moocowmoo, a former Dash advisor accused of stealing investor funds on Monday, was ever hired by Dash Core Group. 3 questions however, still remain. Where has Moocowmoo gone? Have investors really lost their money? And what is Dash doing right now to resolve the issue?

Moocowmoo ‘Was Never Hired by DCG’

On Monday, Bitcoinist reported doubts over the whereabouts of Dash Core Group Senior Advisor Moocowmoo. Based on evidence provided by Twitter user @DashUncensored, it appeared he had gone off the radar several months ago, taking Dash investors’ funds with him.

Dash CMO, Fernando Gutierrez, was quick to negate the story. He claimed that Moocowmoo was “never hired” by Dash Core Group and that he had “left the project years ago.”

I insist, Dash Core Group Inc is not Dash. It is one of the entities that work for the project and Moocowmoo has never signed a contract with it. He was a team member back when we were not as organized as we are since mid-2017. All his activity after that has been on his private projects.

However, despite these claims, there is growing evidence that points to the contrary. Let’s lay it out below, starting with a reply from @DashUncensored that accuses Gutierrez of lying about Moocowmoo’s status.

Look at @Fernando, the Dash Core Group Chief Marketing Officer, lying on Twitter that the developer that disappeared with investor funds was "never hired by DCG".
Images from https://t.co/tESMYqP50V from today, Dec 2 2019. https://t.co/8KuMUvxxO9, https://t.co/rBoL19pMcn pic.twitter.com/WO8Ge1OaNe

The Plot Thickens Around Moocowmoo

While some Dash supporters were quick to call out doctored screenshots, there’s plenty more evidence upon further digging.

Dash Core Group says he was never hired by them, yet his last commit was in April 2019. It’s true that if you hop over to the Dash team page now, you’ll see no mention of Moocowmoo. However, scroll through the web archives as recently as July 2019 and you’ll see him clearly named as a Senior Advisor.

The truth remains that there are always two sides to every story. We gave the spotlight over to Fernando Gutierrez today.

When asked to comment on the screenshots, he maintained that:

Moocowmoo was involved in the early days of the Dash project, but he left over two years ago.

He also explained some reasons for the differing terminology:

People used to talk about Dash Core back then, but that was a group not clearly defined. Dash Core Group Inc is a US based company, owned by the Dash network, that was created in July 2017, and he was never contracted or hired to perform any work on behalf of the entity. He was listed as an advisor to the company for a period of time in recognition of his early contributions to the project.

Moocowmoo may have been “more involved” in the early days. But he isn’t just a name on a website posing as an advisor. He is responsible for Dashman, the script used by pretty much all masternode owners to manage their masternodes.

You can check out the link here to get an idea about how critical this script is.

Responding to this, Gutierrez stated,

Dashman is a private open-source project from Moocowmoo, and the repository you link is his personal one. Many people use Dashman, but they also use other tools by other developers, and that doesn’t make those developers Dash Core Group Inc contractors or employees. A couple of good examples of that would be the Dash Electrum wallet or dashnexus.com.

Dash official documentation refers to Moocowmoo as a “Dash Core Team Member” and a “Dash Core Developer” in several places. 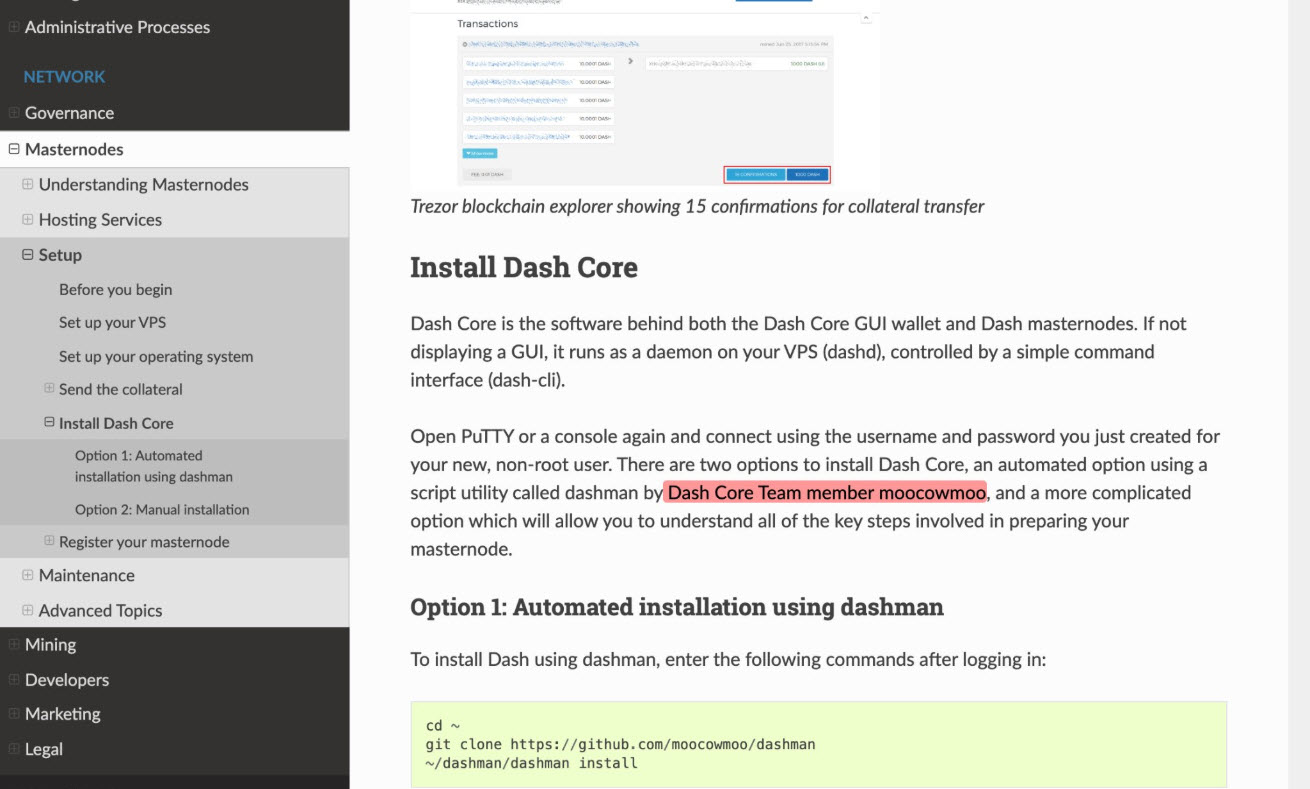 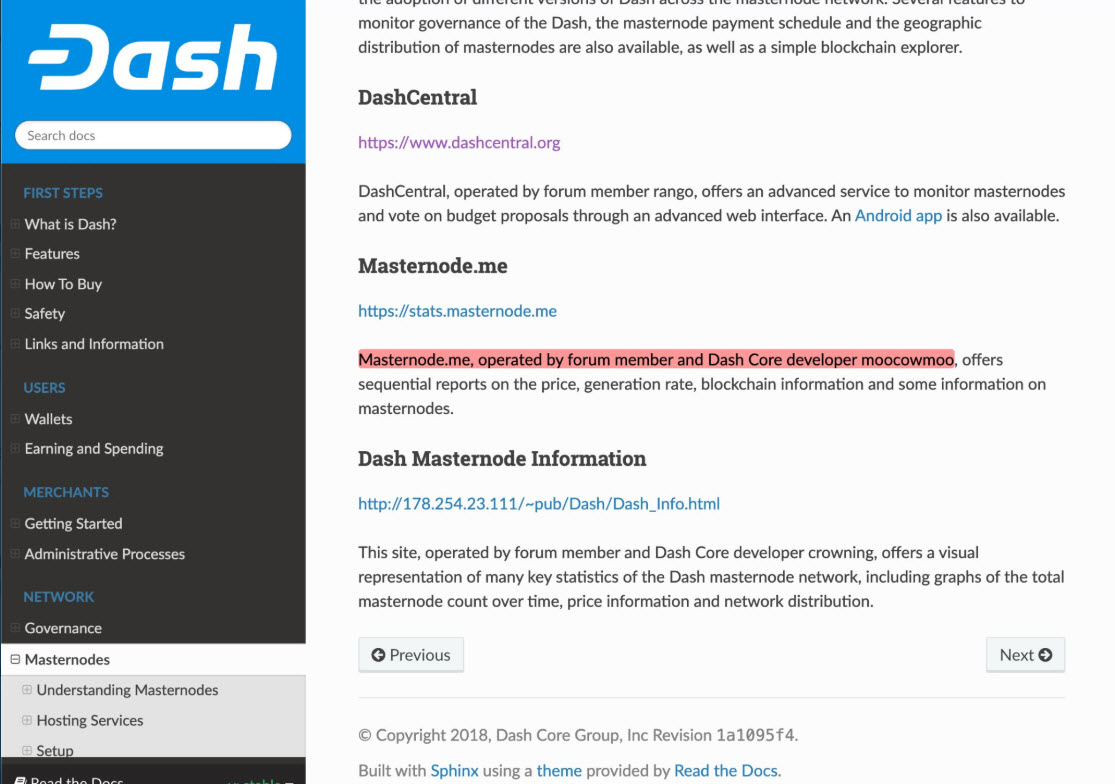 Yet, Gutierrez maintains that this is because of his early involvement in the project during the early days:

There are many mentions of Moocowmoo in old pages because he was very involved with the project back then. What I deny is that he has had a job at Dash Core Group, the company owned and funded by the Dash network.

Dash Investors Left Out of Pocket?

Dash’s Director of Outreach and Editor of DashPay News, Joel Valenzuela, insisted that “customers received payouts as recently as this week”.

To start with, also his customers received payouts as recently as this week:https://t.co/4BxzMBgo1j

However, so far, Dash has provided no concrete evidence to support this claim. When asked to comment on this issue, Gutierrez said:

There are messages in the community discussion outlets from users that say they got paid. I have also received private messages from users stating the same. However, people don’t usually provide their addresses for privacy reasons, so without that it is impossible to know with 100% certainty. That is also true for most people who claim they have not received their funds, but I don’t think people have reasons to lie in one way or the other.

A snapshot of a chat taken this morning shows Valenzuela describing Moocowmoo’s actions stemming from being “depressed and overwhelmed”. 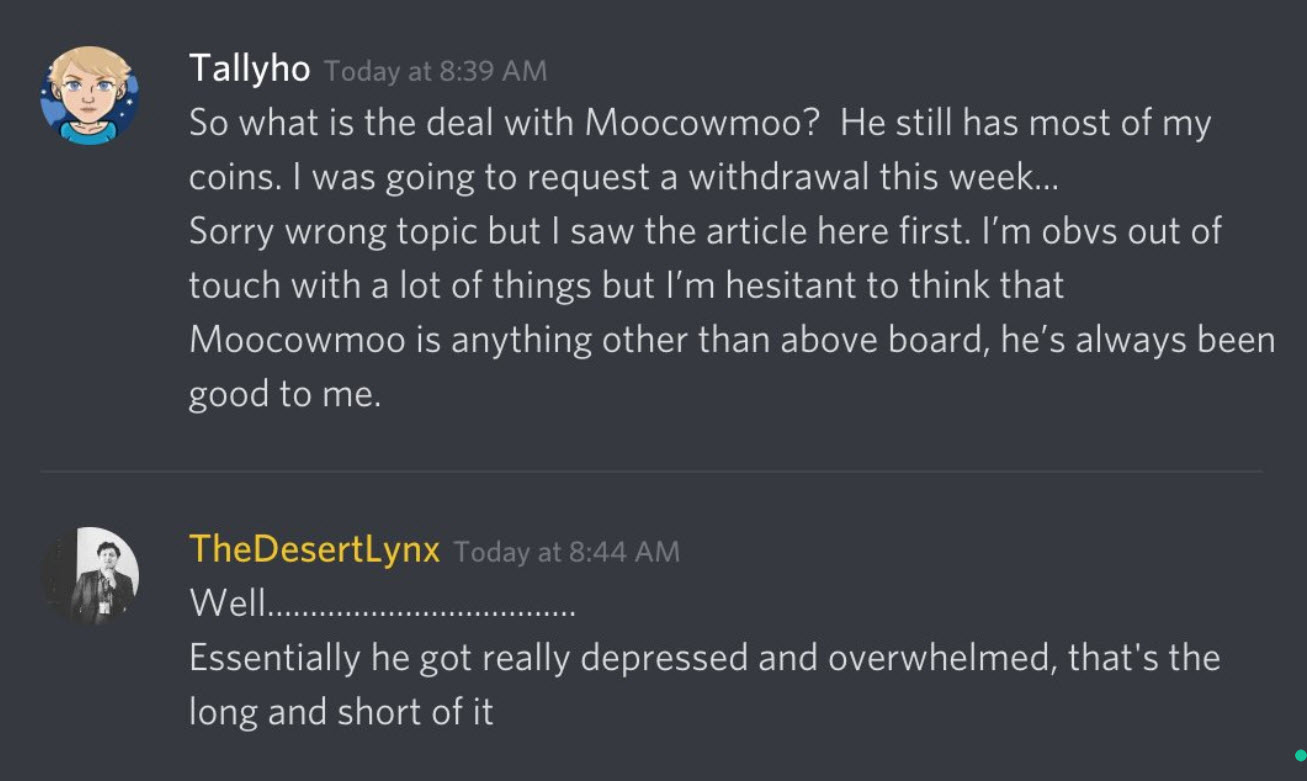 On top of the Dash Forum post that Bitcoinist shared yesterday, we unearthed another Reddit conversation from 24 days ago. Several investors are inquiring about their funds. One user commented:

Over the last year I’ve seen a number of posts from different people on this issue. Is there anybody who can exert their influence on Moocowmoo to do the right thing and return all funds.

And speaking of Reddit, it turns out that Moocowmoo is listed as a moderator for the Dash subreddit. To this, however, Gutierrez replies:

Moocowmoo was a moderator long before we had any structure. Subreddits, like all social networks, are not owned by users but by Reddit, who sets the rules. 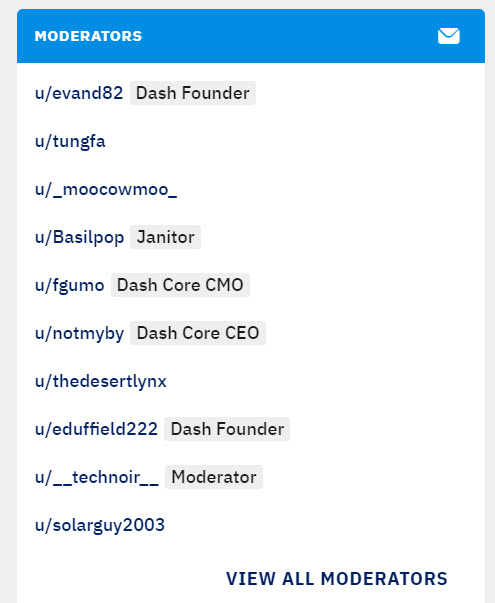 Until we broke the story, the only response Dash investors were getting was that they should keep on trying to contact Moocowmoo. Later on, they were told he was “depressed” and “overwhelmed.”

No solid proof has emerged as to the whereabouts of Moocowmoo, or whether investors have in fact received their funds back. All we can decipher from the facts right now is that Moocowmoo was an ex-advisor for the project, but not an officially recognised core team member.

However, one thing is very clear: Neither Dash nor Gutierrez condone his actions in any way. He said:

Several of Dash Core Group contractors, including me, have repeatedly messaged him when we saw instances of delays in the forums or someone reached out to us.

Most of the time he has not answered, but frequently the affected community members reported they received their funds afterward. Last time I got a response from him was this summer when he committed to shut down the service and reimburse everyone… As far as I know, he still pays the masternodes returns to the owners of the coins and he has not moved the affected funds.

I still believe that he will refund everyone, but I don’t have a way to know when. However, returning the funds would not excuse his very reckless behavior. He should have been responsive to his clients so things didn’t get to this.

Will Moocowmoo ever be found, and will we ever find out if investors have had their funds returned? Stay tuned for more updates.

What do you think of these latest findings? Add your thoughts below! 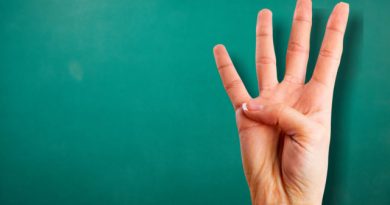 How Machine Learning Could Reinvent the Way We Invest in Cryptocurrencies