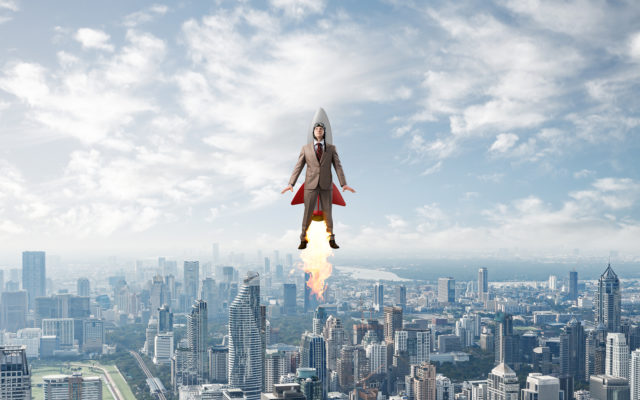 Now that market sentiment has changed and traders are feeling bullish, comes the age old question, Bitcoin or Altcoins? Let’s take a look at which investment strategy may have the bigger payoff. Buy Bitcoin or take chances in the Altcoin Casino? The bullish sentiment is back, and traders have been placing their allocations on their favorite blockchain projects. The question on most investor’s minds is which coin will have the biggest payoff? Is it Bitcoin, the largest coin by market cap, or smaller cap Altcoins? Bitcoin is the most decentralized project, with the most users, and the best minds in computer science currently working on advancing the networks development. It has the largest network effect, the most supporting infrastructure built out around it, and the best trade-offs for self sovereignty. Perhaps most importantly for traders, Bitcoin also has the most liquidity, and is the most secure network, with the highest amount of POW hash rate to validate transactions. Altcoins on the other hand are usually a lot more volatile and risky. They are not as secure, don’t have as much liquidity, and can often be attacked since they have a lower hash rate, or they are less secure consensus-wise like many PoS coins. Some altcoins have competent devs, others do not. Each altcoin should be looked at on a case by case basis and intimately studied by investors, before they go long. Large cap altcoins like Bitcoin Cash or Ethereum do have a fair amount of infrastructure complementing the networks. For example DeFi is almost at a billion dollars investment on ETH. That being said, each of these projects built on top of an altcoin platform needs to be scrutinized individually, as there are usually tradeoffs. Altcoins offer high volatility Many altcoin traders like the added volatility of small cap altcoins because they offer a much larger profit if they do start to moon. Most altcoins rise when Bitcoin rises, sometimes by a lot more than BTC itself, but the same holds true if BTC starts to dump also. During the 2017 bull run some traders became millionaires from a super small altcoin that suddenly received a bunch of interest because of a partnership, or new feature. Regardless, most altcoins lost over 90% of their value during the bear market and some projects died leaving investors holding a bag of worthless tokens. Bitcoin has fallen in price dramatically and lost more than 80% of its price several times, but has also gone from $0.06 to its all-time high of $19,891, gains of 33,151,566.66%. It is very volatile, but due to its limited supply, and consensus rules, a very secure investment, with almost unlimited upside potential. Altcoins should be viewed more as penny stocks. You may be able to pick out the next Google, Amazon or Tesla, but it isn’t very likely. It’s more likely to be dumb luck. Each Altcoin is very different from every other, and also very different from Bitcoin. If you plan to invest in Alts, please do your own research and be aware that disingenuous marketing sensationalizes almost every altcoin project. Altcoins, and the companies behind the projects are also vulnerable to regulation, Bitcoin is not. Bitcoin is the far better investment for 2020. Not only is it seen as a safe haven asset, but it’s also the original cryptocurrency and continually leads blockchain development through it’s BIP process. Altcoins can make you more money than Bitcoin, it’s true, it’s just a lot riskier, and you could lose everything in an instant. Altcoins or Bitcoin, where will you put your money this year? Add your thoughts below! Images via Shutterstock The post appeared first on Bitcoinist.com.