Digital asset manager Grayscale Investments bought about 50% of all newly mined ethereum so far this year. It now holds the equivalent of 1.1% of ETH in circulation, according to a post on Reddit.

Grayscale operates 10 cryptocurrency investment products focused on institutional investors. As of April 24, the company had $2.7 billion worth of digital assets under management. The Ethereum Trust accounts for $234.7 million of investments while more than $2.3 billion are held in the Bitcoin Trust. Other funds cover BCH, zcash, XRP, and more.

Given the recent increase in investments, this percentage could be much larger in the future.

Grayscale has been aggressively stockpiling ethereum. The cryptocurrency asset manager reported that its ETH inflows reached an all-time high during the first quarter of 2020. It said inflows to the Ethereum Trust reached $110 million in the quarter, compared to combined inflows for the previous two years of $95.8 million.

With the Grayscale Ethereum Trust, institutional investors can gain exposure to ETH but without actually owning any coins. This means Grayscale will have to hold large amounts of ether in its portfolio.

There’s also the planned upcoming Ethereum 2.0, which might be leading investors to take positions in ETH. The system upgrade will reward new coins to “validators” holding at least 32 ETH.

The price of ethereum has risen sharply since the March 12 crash, spurred by the network’s imminent switch from proof-of-work to proof-of-stake or the so-called Ethereum 2.0.

ETH is up more than 40% in the last 30 days and about 8% in the last week. At the time of writing, the second-largest cryptocurrency by market cap was down 0.93% to $193.20 over the past 24 hours, according to data from markets.Bitcoin.com.

What do you think about Grayscale’s ethereum purchase? Let us know in the comments section below.

The post Grayscale Buys 50% of All Ethereum Mined in 2020 appeared first on Bitcoin News.

How to Successfully Use Telegram to Build a Strong Crypto Community 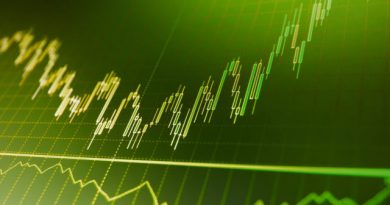