Tesla CEO Elon Musk believes that too many dogecoins are held by too few whales and has made them a huge offer. He will give his full support if they sell most of their coins, and will even pay actual money for them to destroy their coins in some provable fashion. Some believe that major dogecoin holders need to consider Musk’s offer for the long-term health of the meme cryptocurrency.

Elon Musk believes that dogecoin’s uneven concentration in the hands of a few holders is the only real issue with the meme cryptocurrency and has offered his help to solve the problem.

According to the Dogecoin Rich List on bitinfocharts.com, one address holds 28.7% of all DOGE and the top 12 addresses collectively contain almost 50% of all dogecoins.

A few hours after his initial offer, Musk was asked, “What would be your acceptable outcome?” He replied, “~5%.” Commenting on one address holding more than 28% of all dogecoins, Musk wrote:

One Twitter user believes that a similar situation is happening with BTC, given Bitcoin’s creator Satoshi Nakamoto’s huge bitcoin stash. “Same with BTC, really,” he claimed and posted an image displaying: “While the exact figure is unknown, it is estimated that Satoshi Nakamoto may possess 1 million bitcoins, equivalent to 100,000,000,000,000 satoshis.” Musk replied: “An acceptable percentage. Doge is much more concentrated.”

Another Twitter user commented to Musk: “Although the price may not reflect it right now, Elon Musk’s ultimatum is good for dogecoin. It shows that his jokes aren’t just jokes, and that he legitimately sees dogecoin’s potential as being the leading currency of the internet. He wants DOGE to succeed. Fate loves irony.”

Whales will have to consider Elon’s ultimatum here. If they comply, dogecoin becomes the currency of the internet. If they don’t, or ‘cheat’ by distributing their coins across multiple wallets, then it loses Elon’s endorsement. Easy decision for the whales. Do the right thing.

A third Twitter user suggested to Musk: “Develop a new eloncoin, offer them to the existing non-major dogecoin holders to void their wallet. You wouldn’t need to pay $ to make those major dogecoin holders richer than they already are and allocate your time and support to make the eloncoin the currency of the Earth.” Musk replied: “Only if necessary.”

Musk has long been tweeting about dogecoin and the price of the cryptocurrency jumped following his tweets. Earlier this month, he tweeted, “Dogecoin is the people’s crypto.” He even revealed why he had been tweeting about DOGE: “Occasionally, I make jokes about dogecoin but they are meant to be jokes. Dogecoin was made as a joke to make fun of cryptocurrencies. Obviously.” However, he concluded: “But fate loves irony, and often the most ironic outcome or entertaining outcome is the most likely. And I think that the most entertaining and ironic outcome is that dogecoin becomes the currency of earth in the future.”

What do you think about Elon Musk’s offer to dogecoin whales? Let us know in the comments section below. 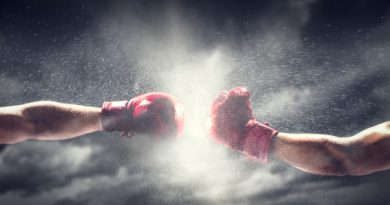