Following the announcement by Grayscale Investments that it will be offering a trust that invests in Livepeer’s LPT, the token surged from just over $6 on March 17, 2021, to an all-time high (ATH) of $32.35 on March 21. In addition to the LPT trust, Grayscale Investments had revealed the creation of Basic Attention (BAT), Decentraland (MANA), Chainlink, and Filecoin trusts. Yet only LPT appears to have responded more favorably to the announcement than the rest. To illustrate, MANA, which traded at $0.79 on the day of the announcement, briefly rose to just over $1. However, at the time of writing, MANA had retreated to $0.93.

Similarly, BAT, which started March 17 trading at approximately $0.96, went on to peak at $1.36. However, since then the token’s value has been dropping and at the time of writing, BAT traded at $1.07. On the other hand, both Filecoin and Chainlink made small gains after the Grayscale announcement. However, some 24 hours later, most of the gains had been reversed.

Meanwhile, Bitcoin.com News asked Josh Frank, CEO at crypto data firm The Tie, for his thoughts on why LPT had seemingly outperformed the other four altcoins. According to Frank, LPT’s surprising run may be tied to the token’s low liquidity. Frank explained:

Livepeer moved the most because it is the smallest asset by market cap with the least liquidity. LPT has very little trading volume and is not listed on any major cryptocurrency exchanges. Investors reacting to the Grayscale news moved the price significantly more than the other assets due to the low liquidity.

Also, from the five altcoins that Grayscale Investment has chosen, only LPT has a market capitalization that is lower than $1 billion.

Do you agree that LPT’s low liquidity is the reason why the token spiked? Tell us what you think in the comments section below. 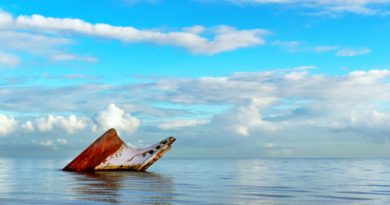 Is GPU-Based Cryptocurrency Mining at Risk of Extinction?