The Tornado Cash situation is a riddle wrapped up in an enigma. Why did the OFAC sanction a piece of software? And why did Dutch authorities arrest a sole developer? Those are not the question we’ll answer today. The OFAC updated the frequently asked questions on Tornado Cash-related matters. The answers focus on the details of the sanctions and not on the big questions.

We’ll take them, though. They’re entertaining and illuminating, just as the whole Tornado Cash situation is.

In yesterday’s update of the OFAC’s FAQ, Tornado Cash was the topic of choice. The US Government enabled a form to file licensing requests and announced that users can recover funds :

“For transactions involving Tornado Cash that were initiated prior to its designation on August 8, 2022 but not completed by the date of designation, U.S. persons or persons conducting transactions within U.S. jurisdiction may request a specific license from OFAC to engage in transactions involving the subject virtual currency.  U.S. persons should be prepared to provide, at a minimum, all relevant information regarding these transactions with Tornado Cash, including the wallet addresses for the remitter and beneficiary, transaction hashes, the date and time of the transaction(s), as well as the amount(s) of virtual currency.”

So, there’s hope for frozen funds if the user is willing to go through a few hops and KYC-like procedures. It’s not perfect, but we’ll qualify it as good news. Another one that seems like good news, the OFAC will not prioritize anything that has to do with dusting.

“OFAC is aware of reports following the designation of Tornado Cash that certain U.S. persons may have received unsolicited and nominal amounts of virtual currency or other virtual assets from Tornado Cash, a practice commonly referred to as “dusting.”  Technically, OFAC’s regulations would apply to these transactions.”

That’s all fine and dandy, however, dusting still casts a shadow over the whole operation. There’s no way of knowing if some accounts were dusted or if the owner took advantage of the situation to launder his or her Tornado Cash funds. Still, in some cases, the OFAC ignoring the dusting will save some wallets and accounts.

Make no mistake, “U.S. persons are prohibited from engaging in transactions involving Tornado Cash, including through the virtual currency wallet addresses that OFAC has identified.” However, “interacting with open-source code itself, in a way that does not involve a prohibited transaction with Tornado Cash, is not prohibited.” This seems like a trivial matter, but it renders irrelevant some of the protests against the Tornado Cash sanctions:

Is everything clear now? Not a chance. New questions about the sanctions keep emerging, the situation is more interesting than ever. And now, we know that all funds are not lost and that dusting will not be prosecuted. Why is the OFAC targeting a smart contract? The answer to that one isn’t clear yet. And neither is the reason for the lone developer’s arrest.

Featured Image by larry from Pixabay | Charts by TradingView 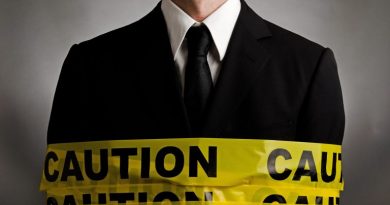 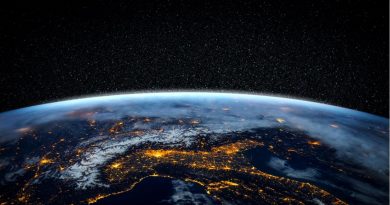 ‘Neither Useful Nor Useless’: Andreas Antonopoulos On Writing ‘Mastering Ethereum’