On Dec. 28, 2022, BUSD’s market cap is higher at $17.16 billion, but UST’s valuation was obliterated down to the current $215 million. UST was one of many stablecoins that depegged from the U.S. dollar this year.

356 days ago on Jan. 5, Makerdao’s DAI stablecoin had a market valuation of around $9.07 billion, which is 43.55% higher than DAI’s current $5.12 billion value. Below the stablecoin DAI are the dollar-pegged tokens frax, pax dollar, true usd, usdd, and gemini dollar.

In Addition to Terrausd, Neutrino USD, HUSD, and FLEXUSD Depegged From Their $1 Parity

Stablecoins that have been bumped down a number of positions include dollar-pegged coins like magic internet money, liquity usd, fei usd, and neutrino usd. The once-stable coin neutrino usd (USDN) is currently trading for $0.448 per unit after depegging from the $1 parity on Nov. 7, 2022. Another former stablecoin that also lost its peg is HUSD, which depegged from the $1 parity on Oct. 27, 2022. A single HUSD token is currently exchanging hands for $0.14 per unit on Dec. 28.

Furthermore, the once-stable coin flex usd (FLEXUSD) also lost its dollar peg this year. FLEXUSD is now trading for $0.25 per unit as it depegged from the $1 parity on June 20, 2022.

What do you think about stablecoins this year losing $28 billion in value and the handful of dollar-pegged tokens that depegged from their $1 parity this year? Let us know what you think about this subject in the comments section below.

Chicago Trader Steals Over $2 Million in Bitcoin and Litecoin Cryptocurrency 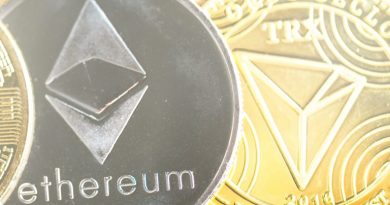