There’s a small team of committed researchers and activists called the Ryver Bitcoin Cash group surveying Venezuelans, and giving them educational resources about the benefits of bitcoin cash. The Venezuelan country has been suffering from rapid inflation and many people distrust the sovereign bolivar. Unfortunately, most Venezuelans are not getting any exposure to digital currency use cases, and according to Ryver’s community manager, Sofia Corona, some people spreading the crypto message are doing it all wrong.

This week news.Bitcoin.com spoke with Sofia Corona, the community manager of a Ryver Bitcoin Cash group. Sofia lives in Bogata, Colombia and was attracted to the project because “South American countries have a lot of problems.” The Venezuelan people have been dealing with extreme hyperinflation and central planners have destroyed the economy. Sofia joined the group because of the “bad decisions made by governments” and the team’s work is a form of independence for her.

The group has been surveying 100 or more Venezuelan citizens on a weekly basis and asking them all sorts of questions. “I studied in Venezuela and emigrated from there,” Sofia told our newsdesk. “We started the survey because it is the best research strategy and you can share information shoulder to shoulder with the people and face to face.” So far, news.Bitcoin.com has seen two weeks’ worth of survey responses from 100-150 people living in Venezuela and dealing with hyperinflation.

The first week’s survey was comprised of 100 Venezuelan citizens, surveyed by Sofia and the other team leaders Mr. Tank, Jena, and Jorge. The group visited malls and stores with a lot of foot traffic, specifically in Puerto la Cruz, Maturin, Guayana and Venezuela’s gold mining zones. Survey one shows the “participants do not currently rely on the national circulation currency (bolivar) as a method of savings and investment.”

“This situation is caused by high levels of exposure inflation, which causes rapid loss of consumer purchasing power — In the face of this reality Bitcoin Cash emerges as a necessary alternative, at a time when the country opens the doors to the legalization of cryptocurrencies, an option that would allow supporting the wages and economic assets of the citizens of this country,” the report details. Additionally, out of the first 100 people surveyed, 68% did not know of the existence of cryptocurrencies, while 32% felt they did. A staggering 88% of respondents replied that they do not trust the bolivar.

Sofia remarked that when people explained they did not trust the bolivar, they smiled when asked about it. “Last year the government printed new cash money — This year nobody can use it or accept it because of inflation and low salaries,” she explained. Sofia also spoke about some pictures she shared of Venezuelans waiting as long as six hours to withdraw 20,000 bolivares cash ($0.94). “The banks have limited the people with restricted amounts by day and they do not have enough printed money to deliver to people, so the lines are huge and people waste a lot of time there,” Sofia, said, adding:

They want this money to pay for bus tickets or sell to miners or the mafia — The mafia will pay you 100% value of cash money — Cash money is scarce.

In Venezuela, gold dealers from the mines run rampant in congested areas like shopping centers. Sofia said there are a lot of gold dealers and they are “everywhere and they have the control of the authorities and cash money.” After hearing about the gold dealers, news.Bitcoin.com asked the Ryver group community manager why her team thinks most Venezuelans are not getting exposure to digital currencies.

“The Ryver team thinks that the South American strategies to spread cryptocurrency have been wrong so far,” Sofia insisted. “Some spreaders here act like supreme people or want to share this technology like it’s the first world. We have contacted people and specialists to do some live talk forums or activities with people and they have very high costs to share the message. So we took it upon ourselves to go to the streets and talk with the people.” Sofia further stated:

Many of these specialists want to copy strategies used in first world events in this region and have another heritage. We need to resolve simple problems, not have amazing events or restrict some people because they think different, we need it so people can feel the power in their hands. Do not make people feel like you are the owner of the brand or the message.

Do you trust in your currency?

Sofia continued by explaining that people should educate before giving Venezuelans something they don’t know how to use. “Listen to people’s needs, and try to do things with simple terms — They do not want to know how big BCH blocks are, they want something else besides bad government decisions and bank interest.”

“Share the economic freedom and take the lead by providing them with the knowledge to make their own decisions about the money,” the community manager added. “You can share rocket science with people but it no makes sense if you do not teach them how to turn the power on.”

Sofia also told our newsdesk about the usage of the Venezuelan government’s Petro network as we’ve heard reports from Sunacrip (the Petro’s regulator) that the state-issued crypto is popular. She says that the positive Petro headlines and stories are only for “promotional” purposes. “Nobody uses the petro and only people close with government use it to skip out on U.S. sanctions — Sunacrip is really only for miners — they have installed crypto point-of-sale (POS) systems around some stores, but the POS only accepts bitcoin, litecoin, and BNB, so if you have petros, you need to exchange that,” Sofia asserted.

Genuine Ideas and Helping People Take Control of Their Destiny

Sofia has talked to a lot of people and living in Bogata she’s seen refugees from Venezuela crossing the Simon Bolivar International Bridge daily for goods and services. The community manager said the team is also aware of other projects in Venezuela like nonprofit food drive @eatbch_VE. “They [@eatbch] are a genuine idea and supporters of BCH and we like that we can share their actions, the people need food to think, and to be educated to make their own decisions,” Sofia said.

Venezuela.bitcoin.com is also making strides in Caracas, Maracaibo, and throughout the rest of the Latin American country by bolstering Bitcoin Cash merchant adoption in Venezuela. 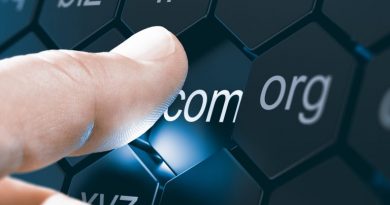 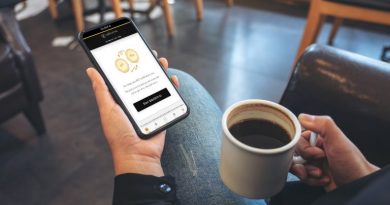 Switch Between BCH and BTC Effortlessly With the Bitcoin.com Wallet 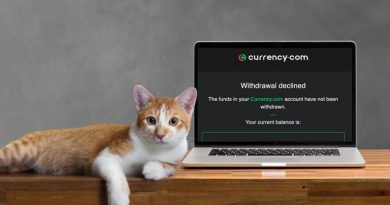