At a press conference on Wednesday, the head of the Swedish Central Bank admitted that interest rates could potentially go as low as -1.5%, and quipped that Swedes likely wouldn’t even protest. Other countries implementing negative interest rate policies are producing lukewarm results that don’t address the root causes of currency devaluation. Nor do they change the bleak overall trajectory of fiat financial systems across the globe.

A Dreary Forecast, But Too Lazy To Care

Stefan Ingves, governor of the Swedish Central Bank, implied on Wednesday that Swedes are too comfortable to be concerned about negative interest rates. Citing the convenience of online banking and mobile payment systems, Ingves doesn’t think people will be hiding money in their mattresses anytime soon. This observation followed his confirmation that Sweden could possibly go from -0.25% all the way down to a -1.5% interest rate if deemed necessary.

The Riksbank leadership takes an arguably optimistic view of things long term, hoping to potentially hike rates to 1% by 2021. This is despite a currently dreary economic climate. Yields on 10-year government bonds in Sweden dipped below zero the same day Ingves made his remarks. At the same time in Denmark, where the national interest rate is -0.65%, yields on all government bonds were plunging into negative territory in a historic, if depressing milestone.

Switzerland, Denmark, Sweden, and Japan are all experimenting with negative interest rate policies (NIRP) in bids to stimulate uniquely embattled economies. Due to an influx of safe haven-seeking capital, the Swiss franc has appreciated over 80% against the USD in the last decade. To balance this effect, the Swiss National Bank has interest set at -0.75%. The Bank of Japan has continued at -0.1% as of mid-June. NIRP is a relatively new tactic, with Sweden being the first to try it, cutting into negative territory just 10 years ago. Effects of NIRP On Unemployment

In Japan, where negative yielding debt accounts for almost two thirds of the global total, “Abenomics” has not brought much healing. Bank of Japan Governor Haruhiko Kuroda’s “bazooka” stimulus of 2013 failed to live up to its target, never achieving the proposed 2% interest rate within two years. Prime Minister Shinzo Abe, who hand-selected Kuroda for the job, is now doubling back, telling the parliament in June:

It’s true the BOJ has yet to hit its 2% inflation target, but the real purpose of having the target is, for example, to create jobs and achieve full employment.

While it’s true that Japanese unemployment has fallen since 2013, there’s a bigger picture. Most companies are hesitant to raise wages, and the types of jobs worked are also not being taken into account. Nor is the amount of jobs any given individual works accounted for.

For example, an employed person in Japan is defined by International Labor Organization standards as someone who has worked “even slightly for one week” in a month. A person working two or more low-wage jobs just to survive can then be used in these models to give an image of “success” and “strength” to an economy. This in spite of whatever debt-saddled, difficult existence might be the reality. Taxation and GDP in NIRP Countries

Sweden’s personal income tax rate is currently 61.85%. Japan’s clocks in at 55.95%. Denmark’s, 55.80%. The Swiss pay 40%. These countries dominate global rankings with some of the highest taxes in the world. What is worth exploring is whether this high expenditure translates into lasting economic gains for the taxpayer.

Socialized medicine, government grants and subsidies, and elaborate welfare programs are often marketed by Keynesians as means to increase the general economic wellbeing of a nation, and in a roundabout way, GDP. An increased GDP is then expected to translate to a better standard of living. According to the Obama White House: A Growing GDP Does Not Equate to Sound Money

Growing GDP is not surprising where interest rates are slashed, especially into the negatives, and where debt is the model monetary system. To the engineers of these NIRP economies, money can be printed indefinitely, so people can be taxed indefinitely. The system is said to be secure, and growth is said to continue because the state can simply “print more money.”

In the Bitcoin whitepaper, Satoshi talks about financial institutions and governments debasing the money supply. While anyone might be able point out problems like unemployment, poor healthcare, or inflation, understanding the root causes of currency devaluation is critical. Money is a symbol of value, so it follows that there must be something of value behind it. In and of itself, even gold’s value is subjective. It has value because of what it can do for the holder; what resources or conditions it has the potential to secure. These resources and conditions—concrete or abstract—are scarce, and require scarce commodities like time and labor to achieve. At base, the old maxim “You can’t have your cake and eat it, too” applies.

If money can be printed indefinitely, historically new “monetary tools” like negative interest rates must be used to balance the inflationary, detached and “floating” economies. In the same way that play money from a board game cannot buy anything, an ever-ticking world debt clock is not going to be fixed simply by printing more pieces of paper.

Ingves’ refusal to switch to sound—if temporarily painful—financial policy can only result in a self-inflicted collision with an economic brick wall. There is a real limit to the number of apples on a given tree in a given season. Bitcoin and other economically sound conceptions of money model themselves after this principle. The play money of banksters is simply disconnected from this reality.

What are your thoughts on NIRP and Ingves’ remarks? Let us know in the comments section below.

OP-ed disclaimer: This is an Op-ed article. The opinions expressed in this article are the author’s own. Bitcoin.com is not responsible for or liable for any content, accuracy or quality within the Op-ed article. Readers should do their own due diligence before taking any actions related to the content. Bitcoin.com is not responsible, directly or indirectly, for any damage or loss caused or alleged to be caused by or in connection with the use of or reliance on any information in this Op-ed article. 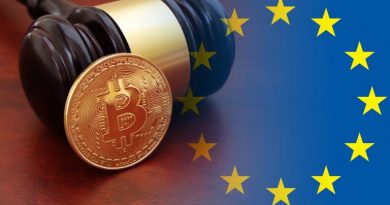 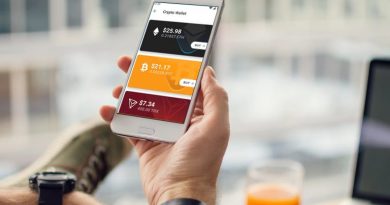 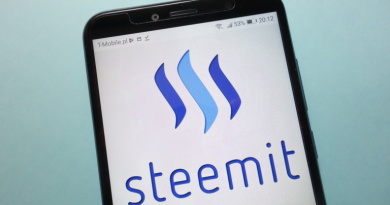