Three days ago, cryptocurrency markets were holding foundational support after coins plunged 2-14% and the entire cryptoconomy dropped below $200 billion. Crypto prices continued to slide in a bearish trend, and over the last 12 hours, the entire market valuation of all 3,000+ coins lost another $7 billion. However, after BTC dropped to a low of $6,529 per coin, digital currency markets bounced back, erasing most of the losses inflicted during the morning trading sessions.

Typically after a few days of bearish sentiment, cryptocurrencies rebound, gathering back some of the percentage losses or erasing them entirely. That’s not the case this Monday as digital asset values have continued to slide and today most coins are still down over the last seven days. BTC markets dropped below the $7K zone, touching a low of $6,529 on Bitstamp during the first hour of Monday morning (EST). BTC’s spot markets have around $4.39 billion in global trades today while the overall market cap is around $129 billion, with a dominance of around 66%. Bitcoin cash (BCH) has been coasting along, holding the fifth largest market valuation as each coin swaps for $209 today. BCH has an overall market cap of around $3.79 billion and global trade volume is about $760 million in 24-hour trades. The daily percentage is down today a hair at 0.03% and BCH has lost 20.5% during the course of the week. BCH is the seventh most traded coin on Monday just below litecoin (LTC) and above tron (TRX).

A Purge Before the Bull?

The last two weeks of sliding cryptocurrency prices have everyone attempting to predict which way the markets will move going forward. Speaking with the founding partner at Adamant Capital Tuur Demeester on Twitter, the trading veteran Peter Brandt believes a big drop in BTC prices will come before the next bull run. “Tuur, I think a prolonged journey below the line might be needed to thoroughly prepare BTC for the move to $50,000,” Brandt wrote. “The bulls must first be fully purged. When no bulls can be found on Twitter, then we will have a great buy signal.”

Following Brandt’s prediction, Demeester replied: “Hey Peter, I think that a prolonged purge going forward is 100% a valid scenario and one that investors (including myself) must psychologically and strategically prepare for.” Brandt continued by forecasting his target price and detailed: “My target of $5,500 is not far below today’s low. But I think the surprise might be in the duration and nature of the market. I am thinking about a low in July 2020. That will wear out bulls quicker than a price correction.”

While crypto prices like BTC have been dragging downwards, cryptocurrency enthusiasts have been watching for whales. On Saturday, November 24, one whale moved 44,000 BTC ($314 million) in a single transaction according to the Twitter account Whale Alert. For months now digital currency proponents have been keeping their eyes focused on whale movements. In July, observers noticed multiple BTC movements above 40,000 BTC per transaction. Then on September 5, the biggest whale movement in quite some time saw 94,504 BTC move from an unknown wallet to another unknown wallet.

Market analysts have been observing BTC and crypto markets dropping every day during the last week. At 1 a.m. EST, BTC dropped to its six-month low, plunging to just above $6,500 on global exchanges on November 25. The chief analyst at Markets.com, Neil Wilson, explained that “the market is so opaque if not downright impenetrable” at the moment. “But it does seem that the China optimism has gone and the market has rolled over as a result. From a technical perspective we’ve blown out key support on the 61% Fib level of the big move up and now we may well see $5K before long ($5,400 is the next major Fib line and the last line of defence). If that is reached then we look to $3K again,” Wilson added. Other analysts believe the market is just uncertain at the moment because no one has found a catalyst. “There does not appear to be a single trigger for the sell-off, but it does come after a period of ongoing market uncertainty and we are seeing investors starting to look to the year-end and closing positions which they are unsure about,” Marcus Swanepoel, the CEO of the UK-based cryptocurrency platform Luno, said on Monday.

Overall, cryptocurrency enthusiasts and traders do seem uncertain about the future of digital asset markets in the short term. Despite the 8-day downturn, BTC/USD and ETH/USD shorts continue to gather steam before every big drop. The shorts trend has continued even though prices have been sliding but BTC/USD long positions are steadily climbing higher since November 22.

Right now many crypto traders are predicting price movements and some are simply praying they played their positions correctly. The long term technical analyst and trader Mr. Anderson on Twitter commented on the BTC/USD “Log-To-Linear Trend Line.” “BTC is trying to put up a fight at its linear jump off trend line that kicked off the bull market — As we can see she dumped upon losing the last log parabolic trendline and dumped straight to this linear trend line — Let the battle continue,” Anderson remarked.

Where do you see the cryptocurrency markets heading from here? Let us know what you think about this subject in the comments section below.

Disclaimer: Price articles and market updates are intended for informational purposes only and should not be considered as trading advice. Neither Bitcoin.com nor the author is responsible for any losses or gains, as the ultimate decision to conduct a trade is made by the reader. Always remember that only those in possession of the private keys are in control of the “money.” Cryptocurrency prices referenced in this article were recorded at 9:30 a.m. EST on November 25, 2019.

Want to create your own secure cold storage paper wallet? Check our tools section. You can also enjoy the easiest way to buy Bitcoin online with us. Download your free Bitcoin wallet and head to our Purchase Bitcoin page where you can buy BCH and BTC securely. 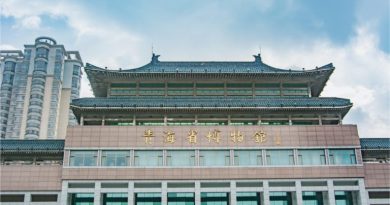 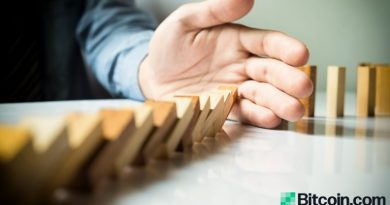 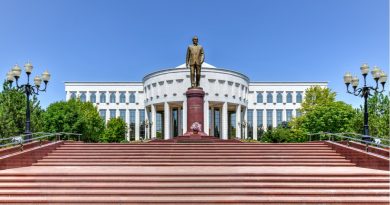