When an individual first joins the cryptocurrency economy and obtains their first bitcoins, at times the process can be daunting. Most veterans will often tell newcomers that they need to secure their coin’s private keys in order to enjoy sovereign ownership. However, most people are not taught how to keep their 12-24 word seed phrase in another useful way by utilizing a method called “Shamir’s Secret.”

Most people within the cryptocurrency community will emphasize that securing your own private keys is the best way to hold cryptocurrencies. The reason for this is because when any funds are kept with a third party such as an exchange or a custodial wallet, the keys are not in the owner’s control. This means that if the exchange or wallet provider gets hacked and funds are stolen, the coins you hold on an exchange can be stolen from you and some exchange hack victims never get restitution. However, cryptocurrency owners who secure their own private keys by maintaining a specific computer file or use a 12-24 word mnemonic phrase still open themselves up to physical vectors. There are lots of people who create a new crypto wallet every single day and they typically write down the 12-24 word phrase on a piece of paper and hide it. But this means anyone with knowledge of the exact location of someone’s mnemonic phrase tied to their digital assets could theoretically steal the funds.

Think about it, if a piece of paper or another object with a written mnemonic phrase is searched for by malicious actors, finding the 12-24 words might not be so difficult. In fact, people who don’t hold cryptocurrencies most likely don’t keep random phrases hidden with their belongings. Most ordinary people, who know nothing about digital assets storage, would not understand why a person would have a bunch of random words tucked under the mattress. But bitcoiners do keep mnemonic phrases and have a seed written down on paper or another object. These hidden words stored in one physical location can still be compromised by thieves, damaged by the elements, and the seed can be lost by forgetting its geographic coordinates. There is a method called Shamir’s Secret which may mitigate the risk of seed theft by making it much harder to obtain. Besides the protection from key stealing, people also use the secret sharing technique to ensure access to the assets in case of an unexpected death.

Shamir’s Secret is a cryptographic method created by the Israeli cryptographer Adi Shamir. The mathematically proven method allows people to secure a secret in a distributed fashion. The secret sharing technique takes an original secret and divides it into parts and each part is either hidden in different locations or parts of the secret is given to trusted participants of the scheme. The threshold scheme requires all or a majority of the secret parts to come together in order to reconstruct the original secret. Shamir’s Secret can be applied to private key storage in many different ways. But in this article, we will cover one of the simpler ways to execute the secret sharing technique with a 12-word seed.

Example: 2 Out of 3 Seed Storage

In this example, we will take a 12-word seed (the original secret) and distribute it into three separate secrets to make physical attacks harder to achieve. In order to utilize Shamir’s Secret with the full mnemonic phrase, you split the 12-word mnemonic into sections of three 4-word rows when writing it down initially. Then you take three pieces of paper and mark each piece with the letters A, B and C for each copy. On copy A you only write down the words for rows 1 and 2 and skip row 3. Then on copy B, you simply write the words for rows 1 and 3, and with copy C the rows would be 2 and 3 with row 1 left out.

Now that the mnemonic phrase is split into this fashion, you make sure everything was copied correctly and you can destroy the original copy with all 12 words. Or an even more secure method would be separating the seed from scratch and all the copies will be originals. This means that with our 2 out of 3 threshold example, in order to decipher the private keys the person will need 2 out of 3 of the seed copies to access the funds. As long as the original secret is distributed into parts, then the very basics of Shamir’s Secret have been applied to the mnemonic phrase.

The phrase can also be split into just two sections or it can be split by more numbers if the owner desires. Using the 2 out of 3 example above, the owner of the keys can then give the copies to two trusted participants including themselves or they can hide the copies in three separate locations. Essentially this means that because the secret sharing method is applied, two out of three of the trusted individuals must be compromised, which is more difficult than one person. Or the attacker must locate two out of three of the seed phrase source locations in order to gain full access to the funds.

Splitting up a seed in this fashion isn’t for everyone and some people will find that maintaining only one copy of the 12-24 word phrase is fine and secure enough. Using Shamir’s Secret is optional but people who hold large amounts of coins may consider using the method for better security. Furthermore, people have had their seed phrases stolen by intruders in the past especially if they are stored in one convenient location. Last year, an anonymous user on the 4chan platform found his ‘friends’ Electrum seed phrase and contemplated stealing the 70 BTC held in the wallet. In other instances last year, cryptocurrency proponents have been physically attacked for their coins and forced to reveal their seed phrase.

As cryptocurrencies become more popular it’s likely that methods like Shamir’s secret will be taught more regularly as an option for private key ownership. The technique is already used by many cryptocurrency exchanges and custodial services that store large amounts of funds in order to protect customers’ funds from outside forces and inside jobs. Trying to obtain two or more separated secrets is much more difficult for hackers to achieve and this is why digital currency businesses deploy the procedure in their standard security practices. The best thing is Shamir’s Secret isn’t too difficult to understand and anyone can apply the strategy to their crypto holdings.

What do you think about Shamir’s Secret? Let us know what you think is the best method of key storage in the comments section below.

Disclaimer: Walkthrough editorials are intended for informational purposes only. There are multiple security risks and methods that are ultimately made by the decisions of the user. There are various steps mentioned in reviews and guides and some of them are optional. Neither Bitcoin.com nor the author is responsible for any losses, mistakes, skipped steps or security measures not taken, as the ultimate decision-making process to do any of these things is solely the reader’s responsibility. For good measure always cross-reference guides with other walkthroughs found online.

Bitcoin is cool, and you know everyone wants in – even the ones who say they don’t. Show the world how cutting-edge you are with a bitcoin T-shirt, hoodie, bag, key-ring, even a Trezor hardware wallet. Shipping all over the world, quality merchandise and, of course, a payment system that makes people say “wow!” 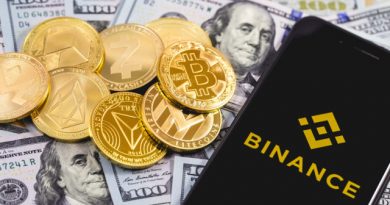 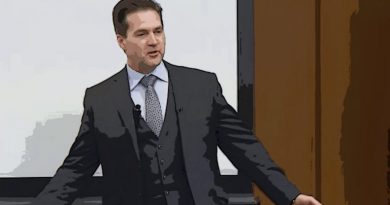 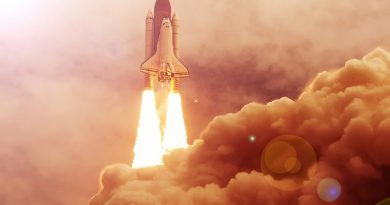