A recently released report confirms a well-known observation – crypto-focused events are still largely male-dominated, not only in terms of registrants in general but also speakers. According to another finding, almost half of the attendees at the studied forums came from the U.S.

The research conducted by event software platform Bizzabo covers 100 conferences across 15 countries. These are all events visited by professionals from the crypto industry and related sectors who want to stay informed about the latest developments in the crypto space. The results highlight the gender disparity the sector is known for. More than three quarters, or 79 percent, of the attendees at the studied events were male, while only 21 percent were female.

In another report on gender diversity and inclusion released in November, Bizzabo found that 70 percent of speakers at events across multiple industries including the crypto sector were also male. Alon Alroy, Chief of Customer Success at Bizzabo, noted:

Like the tech industry, at large, there is a lack of gender diversity in the overall virtual currencies space. We’re seeing that reflected in the attendance for these events, as well as the speakers. One cryptocurrency conference recently featured 84 men onstage and three women. That has to change.

Almost 60% of Registrants Are From the Finance Sector

The authors of the study have drawn other interesting conclusions based on the data collected by Bizzabo. For example, 45 percent of the registrants and attendees at the examined events came from the United States. The United Kingdom is second with 28 percent, followed by Belgium at 5 and Canada at 3 percent. Israel, Hong Kong, China and Australia have been represented by 1 percent of the attendees. Around 57 percent of all registrations for the crypto events in the study were made by people working in the finance sector, while 37 percent were employees of companies from the technology sector. Management consulting firms accounted for 6 percent of all attendees.

Alon Alroy further commented that the lack of gender diversity in attendees speaks about the industries most of the registrants come from. “The financial services and technology sectors have all struggled with inclusion and that has a cascading impact on the gender mix at these events,” the cofounder of Bizzabo elaborated.

What is your opinion about the findings in the study? Share your thoughts on the subject in the comments section below.

Make sure you do not miss any important Bitcoin-related news! Follow our news feed any which way you prefer; via Twitter, Facebook, Telegram, RSS or email (scroll down to the bottom of this page to subscribe). We’ve got daily, weekly and quarterly summaries in newsletter form. Bitcoin never sleeps. Neither do we. 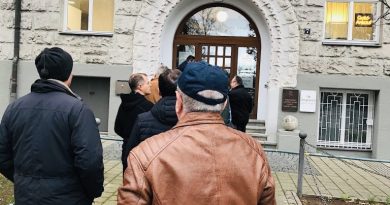 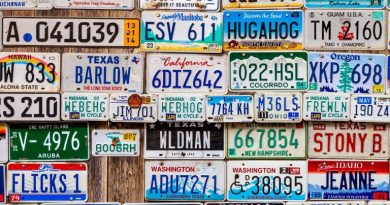