Funding is a prerequisite for any new crypto project, but with IEOs likely to play a reduced role in 2020, where will the all-important capital come from? While minted entities like Ripple, Tezos, and Tron certainly have the means to plow tens of millions into their chosen ventures, they can’t be expected to finance an ever-expanding ecosystem. Alternative token distribution and capital-raising strategies are therefore under exploration.

Also read: After Blockstack’s Regulated Offering, Where Now For US Token Sales?

Initial exchange offerings became popular in the wake of the ICO market’s collapse, with Binance listing many of the most profitable IEO projects. May was last year’s high point for tier-one exchanges, with eight IEOs launching across Binance, Okex, Huobi, Bittrex and Kucoin. During the first six months of 2019, IEOs collectively raised over $1.5 billion. From July onwards though, the picture grew steadily bleaker – to the extent that there was just one IEO on these platforms in each of the final three months.

Predictions of the IEO’s demise have been exaggerated however. There may be less of them this year, but with greater pressure on exchanges to conduct profitable offerings, it can be hoped that the quality will improve. This month will see several initial exchange offerings on Coinsbit including Wolfs Group, a consulting company that invests in strategic industries and payment gateways. To date, it’s focused its energies on acquiring companies rolling out bitcoin ATMS across Europe, and is now raising funds to build out a crypto exchange, mobile app and money transfer service for Ferpay Ltd, which the company owns. Elsewhere, quantum-proof blockchain QAN is holding an IEO on Bitbay on Jan 20. 88,888,800 QARK tokens will be made available by the QAN crypto platform that can run smart contracts in all major programming languages and which utilizes a Proof-of-Randomness (PoR) protocol. Like many of the newer blockchains, QAN is targeted at enterprises, which seem undaunted in their desire to embrace blockchain. As for the major exchanges, Binance didn’t announce an IEO for this month, but is expected to resume operations in February, with other tier-one exchanges also taking a winter break, during a seasonal spell when crowdfunding has historically dropped.

The Rebirth of IPOs

What about IPOs, the traditional fundraising model that dates back to 1602 and the Dutch East India Company? This method, which raised capital for Google, Amazon and Apple in the pre-crypto days, is enjoying something of a renaissance. Last year the cryptosphere saw initial public offerings – i.e. projects which held a private sale usually followed by an IEO – outperform ICOs in terms of average ROI for the first time ever. Ironic really, given that ICOs were originally based on IPOs.

It’s conceivable that a hybrid crypto fundraising model could gain traction this year. World Chess, an online gaming and media company, recently touted a hybrid IPO for 2020 wherein digital tokens will be issued before shares are floated on the stock market. MERJ, the national stock exchange of the Seychelles, also announced an IPO of its tokenized shares back in September, claiming to be the first fully regulated stock exchange to list tokenized securities worldwide. Many analysts are speculating that equity funding will play a major role in the coming months, with angel investors seeking to seize a stake in the crypto businesses they bootstrap. An example of this theory in action is online investment platform Bnk To The Future, which saw 61% of investments made in crypto last year, including the launch of security tokens. Sony Financial Ventures also contributed to a $14.5 million funding round for Bitcoin bank Bitwala last summer, while Coinbase Ventures say they’ve invested in 60 crypto startups in the last few years. Binance, meanwhile, made nine outright acquisitions in 2019, and has promised several more in 2020. Accruing capital via crypto VCs, therefore, is fast becoming the norm.

But here’s the rub: whereas many ICOs and IEOs were propelled by relentless tsunamis of hype and hyperbole, seasoned investors are more likely to be lured by strong economic models, experienced teams and viable roadmaps. Venture funding is anything but high-yield, low-hanging fruit, and the era of VC blockchains – wherein early-stage investors claim heavily-discounted tokens then foist them on retail investors – appears to be coming to an end in the wake of failures like Hedera Hashgraph and Blockstack.

Speaking of strong economic models, Security Token Offerings (STOs) gained more attention and capital in 2019. Viewed as a regulatory-friendly fundraising model, STOs have been deployed across various industries including financial services and the energy sector. To date, the cryptosphere has witnessed over 60 STOs, which have collectively raised almost $1 billion. Expect this trend to continue over the next 12 months, even if STOs have yet to fully take off. Ultimately, the crypto projects of tomorrow will take funding where they can get it. Providing they can demonstrate real world utility and the potential for rapid growth, the capital won’t be difficult to source. It would be ambitious to suggest that startups can surpass 2018’s record of $21.6 billion in raised capital, but don’t expect the intriguing parade of projects rolling off the production line to let up.

Research published on December 23, incidentally, indicates that IEOs lost investors up to 98% of their money in 2019. On the basis of such evidence, it may be the case that initial exchange offerings are on their last legs – even if those legs could kick restlessly for some time yet. Crypto projects that can turn retail investors into early adopters, rather than long-term bagholders, are the ones destined to survive.

Which fundraising routes do you expect to be favored by crypto projects this year? Let us know in the comments section below.

Disclaimer: This article is for informational purposes only. It is not an offer or solicitation of an offer to buy or sell, or a recommendation, endorsement, or sponsorship of any products, services, or companies. Bitcoin.com does not provide investment, tax, legal, or accounting advice. Neither the company nor the author is responsible, directly or indirectly, for any damage or loss caused or alleged to be caused by or in connection with the use of or reliance on any content, goods or services mentioned in this article.

The post Crypto Fundraising Is Changing Again in 2020 appeared first on Bitcoin News. 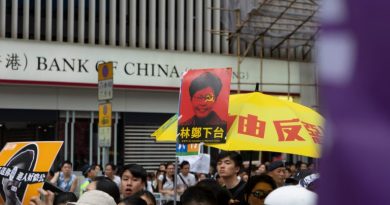 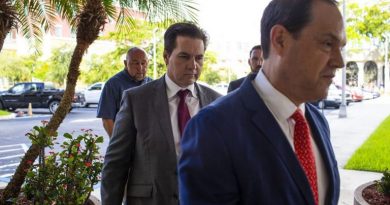 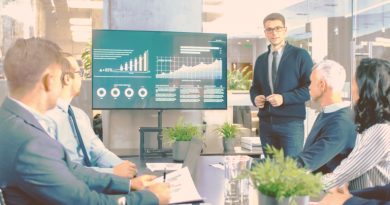 ETF Filed With SEC to Invest in Bitcoin Futures, Bonds, and Mutual Funds