This week cryptocurrency enthusiasts are still focused on the severe flooding in China during the 2020 monsoon season. The flooding has already displaced millions of Chinese citizens and skeptics are concerned about the vast number of bitcoin miners located in the Sichuan province.

The landlocked province in Southwest China, Sichuan is located upstream of the Three Gorges Dam. During the last two months, the 2020 monsoon season ravaged the region.

Reports note that by the end of June, flooding from the rainy season has displaced 744,000 Chinese residents stemming from 26 provinces. The latest reports highlight that 54 million citizens from China have been affected by the floods and 41,000 homes have collapsed to-date.

New estimates from Bitooda stress that China only accounts for 50% of the world’s hashrate in 2020. Every year, reports also explain how Chinese miners migrate in order to obtain cheap hydropower resources during the rainy season.

Moreover, every 12-months during the last few years, reports have shown the raining season in China wreaked havoc on mining facilities.

On July 27, 2020, the mining operation F2pool, a pool that commands the second-largest share of BTC hashrate, described how bitcoin miners completed the “‘Great Migration’ to prepare for the Sichuan hydro season.” F2pool’s report stresses that halfway through 2020 “the mining industry has already faced several enormous challenges.”

One of the fears Sichuan miners face today is how mining facilities are situated next to the infamous Three Gorges Dam. News outlets in Asia have been reporting on the massive flooding caused by the 2020 monsoon season, and a great number of people are concerned about the dam’s structural soundness.

Three Gorges Dam is by far the largest dam in the world and it was completed in 2003. According to the Changjiang Ministry of Water Resources, both the Gezhou Dam and the Three Gorges Dam stopped 30 billion cubic meters of floodwater during the last 30-days.

People have even created simulations of the dam collapsing and one recent video went viral on social media. Miles Guo allegedly also said on August 2 that “the collapse of the Three Gorges Dam was almost imminent.”

Simulation of the collapse of the Three Gorges Dam in China & it’s potential downstream damage during flood season.

On Aug 2, Chinese dissident Miles Guo said that the collapse of the Three Gorges Dam was almost imminent. pic.twitter.com/M1qm19uRJq

However, experts and a few other studies disagree with Miles Guo and the collapse theories. Some speculators have said the Three Gorges Dam “is a highly unlikely issue.”

Another issue is the fact that the Chinese government has deemed the Three Gorges Dam a “no-flight zone,” since the start of the flooding. The mandate was enforced immediately after discussions about structural issues started on social media.

Xinhuanet.com managed to get aerial snapshots of the dam on Sunday, but the dam is also monitored by the army. Aerial photography of Three Gorges Dam is strictly prohibited.

Financial columnist Wolfie Zhao also discussed the subject with Tokeninsight’s chief analyst, Johnson Xu, who explained that Chinese farms have prepared ahead of time for the flood risks.

New.Bitcoin.com reported last month how digital currency proponents have been keenly watching the Three Gorges Dam and the flooding in China. Meanwhile, BTC’s hashrate has climbed higher and the global hashpower today is around 120-125 exahash per second (EH/s).

What do you think about the rainy season in China and the Three Gorges Dam troubles? Let us know what you think in the comments section below. 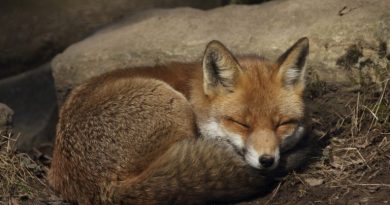 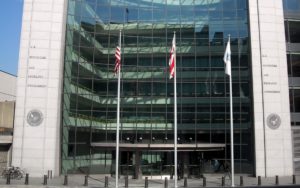 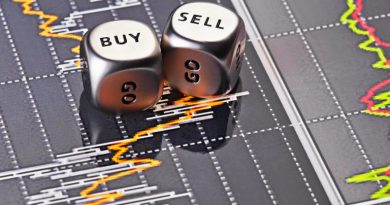