BigONE Exchange, one of the world’s safest crypto exchanges, has taken on a new sheen as it just launched a brand new VIP system that converts a user’s every engagement with the platform into his or her own benefits, be they discount on spot trading fees, reduction on leverage interests rates, or an increased referral bonus.

“We are letting users know their own engagements on the platform. We will provide users with better services according to these behavioral characteristics.” said Kevin Cheng, Chief Operations Officer at BigONE Exchange. “ For example, some users do not like trading, instead he or she likes to hoard coins. For this user, we may cater a decent wealth management product to him. But if a user likes trading a lot, we will make his or her trading experience better off with a decent trading fee discount.”

The VIP hierarchy follows five rankings, each corresponding to a specific BigONE Point range. For example, in order to achieve the third highest ranking Platinum, a user needs to have at least 550 BigONE Points. If the user has more than 550 points, the user will get upgraded to Diamond. The highest ranking in the hierarchy is Challenger, which requires 750 points. The higher the ranking, the more benefits a user can enjoy. Full ranking goes like this: Bronze (0-450), Silver (450-550), Platinum (550-650), Diamond (650-750), Challenge (above 750).

From here you might be wondering how to get those golden BigONE Points? It’s actually very simple. The system calculates every user’ BigONE points by evaluating the user’s overall state on five areas: Total Trading Volume, Average Daily Asset, Referrals, User Behavior, and Identification Verification.

Now let’s break them down.

Total Trading Volume is simply the total trading volume in the last 30 days, including both Spot trading and Perpetual Contract Trading, with the former having a coefficient of 1, and latter of 0.5, which will be weighed by the system accordingly. The larger the trading volume, the more points a user can get. The System automatically updates the points every 7 days.

Average Daily Asset in the last 30 days is also calculated and weighed on coefficient of mainstream coins and altcoins, with former being 1 and latter being 0.3. Mainstream coins are ONE/BTC/USDT/ETH/EOS/BCH/LTC/XRP. The more assets you have, the more points a user can get.

Referrals. The more users you invite and the larger their trading volume, the more points you can get.

User Behavior refers to how frequently a user logs in, trade spot and perpetual contract, and fiat, each of which has its different coefficient. The more frequent a user trade, the more points a user can get.

So what are some of the perks that users can get from BigONE Points / Rankings?

For starters, users can get a discount on the daily interest rate on loans used in Margin Trading. The rate begins with 0.1% for Bronze, and can go all the way down to 0.03% for Challengers, which means that the daily interest for a decent $10,000 loan is only $3, which pales in comparison with the profits made if BTC market price sees an increase in as few as $30.

What’s more fascinating about the VIP system is that at each stage it offers a different level of discount on Spot Trading fees, which starts off at 0.2% for Bronze and can go as low as 0.06% for Challenger, a rate that is way more generous than the industry average, all things considered. Moreover, users can get a decent referral commission from the invitee’s trading fee. which ranges from 20% to 40%.

However, there is another way to obtain the perks. Spending and locking ONE are two of the surefire ways of getting the decent discount on fees. For example, it only takes you $150 worth of ONE to get a trading fee of 0.08% effective for one month, the same as that of Bronze. The other way around is locking, in which you buy and hold $214 worth of ONE to get the same benefits of Bronze. The time period is one month as well. If you buy in bulk, say 3 months, you get further discounts.

Objectively speaking, BigONE’s locking trading fee discount structure is 42 times more generous than that of other exchanges such as Huobi, where its users need to hold $8800 worth of HT in order to get a 0.08% trading fee, compared with only $214 at BigONE.

Although BigONE has a security breach-free record since its inception, it is BigONE’s user-friendly products and the integrity to operate fair and square that has led to the crypto community applauding BigONE for being wholesome and inclusive. That’s also how BigONE thinks the world should be.

**Please note – If you register through the link above, you will get a 30% discount on Perpetual Contract trading fees, and the discount will remain effective until July 20.

This is a press release. Readers should do their own due diligence before taking any actions related to the promoted company or any of its affiliates or services. Bitcoin.com is not responsible, directly or indirectly, for any damage or loss caused or alleged to be caused by or in connection with the use of or reliance on any content, goods or services mentioned in the press release.

The post Here Is Why BigONE’s New VIP System Can Make the Most Out of Your Everyday Trading appeared first on Bitcoin News. 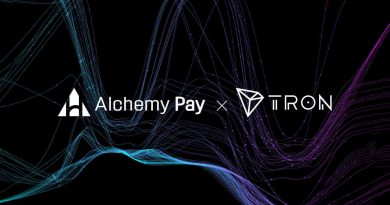 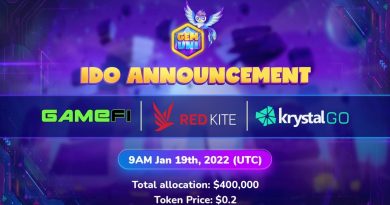 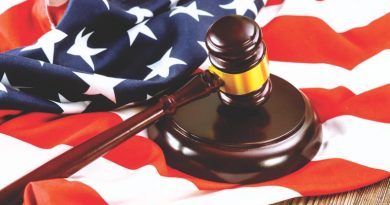