U.S. President Donald Trump spoke at the World Economic Forum in Davos, Switzerland Tuesday saying the U.S. and other nations are “forced to compete … with nations that are getting negative rates, something very new.” Trump took direct shots at the U.S. Federal Reserve, claiming they’ve not lowered rates quickly enough. The harsh words echo remarks made just last week during the “phase-one” China trade deal signing ceremony, where the president stated he doesn’t know “where the hell it leads” but that negative interest rates such as implemented in Germany and Japan are “incredible.”

Trump Enamored by Minus Signs

During his speech at the World Economic Forum in Davos, Switzerland, President Trump lamented the U.S. being unable to keep up with countries like Germany and Japan which have negative interest rate policies (NIRP). “[Other nations are] forced to compete, and we compete, with nations that are getting negative rates, something very new,” the president remarked during a half-hour speech at the event. He went on:

Meaning they get paid to borrow money, something that I could get used to very quickly. Love that. Gotta pay back your loan? No. How much am I getting?

Though Trump assured the audience that the “time for skepticism is over,” and cited flows of labor and industry back into the U.S. — going on for almost half an hour detailing the many ostensible achievements of his administration — the flowery language was tempered by talk of negative rates and the U.S. Federal Reserve. “The Fed has raised rates too fast, and lowered them too slowly,” Trump asserted. Trump made similar remarks during the signing ceremony for the phase-one trade deal with China on January 15. Admitting he doesn’t know “where the hell it leads,” but nonetheless advocating negative rates, he stated:

It bothers me when Germany and other countries are getting paid to borrow money … They get paid, I love this, this concept is incredible. Again, you don’t know where the hell it leads, but you borrow money and when you have to pay it back, they pay you. This is one that I like very much.

In the speech the president was noticeably unable to grok the NIRP system, musing aloud why anyone would give out loans at a loss, but nonetheless lent strong verbal credence to the practice, much like his pro-NIRP counterparts at the European Central Bank.

In one sense, the president’s lamentations about high rates in the U.S. are not surprising, given a growing global trend toward and beyond the zero bound. However, aiming for sub-zero sovereign bond yields such as those seen in Japan and Germany seems to some like a race to the bottom, where no bottom may be in sight.

Trump’s views are mirrored by those of European Central Bank (ECB) president Christine Lagarde, who stated in October that “We should be happier to have a job than to have our savings protected.” Of course many strongly disagree with both Lagarde and Trump, and are looking to find safety in assets like gold and crypto, often perceived to be more economically sound than fiat money. In the context of stagnating and uncertain economic climates like those in Trump’s model nations of Germany and Japan, it seems everyday individuals are not as in love with the idea of NIRP as the world’s so-called leaders.

What are your thoughts on Trump’s position regarding the Fed and negative interest rate policy? Let us know in the comments section below.

Did you know you can buy and sell BCH privately using our noncustodial, peer-to-peer Local Bitcoin Cash trading platform? The Local.Bitcoin.com marketplace has thousands of participants from all around the world trading BCH right now. And if you need a bitcoin wallet to securely store your coins, you can download one from us here.

The post Trump ‘Loves’ Negative Rates and ‘Could Get Used to’ Them, Criticizes Fed at World Economic Forum, China Trade Deal appeared first on Bitcoin News. 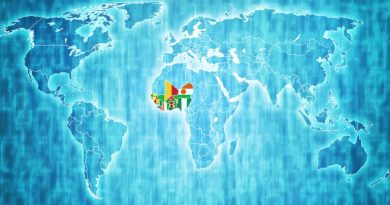 Parliament of West Africa Economic Block Cautions Against Use of Cryptocurrencies 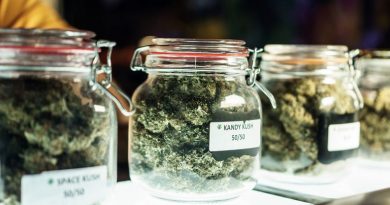 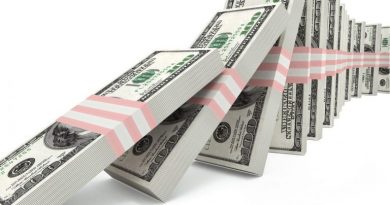