By CCN: The Dow and broader U.S. stock market erased early losses Wednesday amid reports that the Trump administration was planning to send an envoy to Beijing to resume high-stakes trade negotiations. Dow Makes Surprise Recovery; S&P 500, Nasdaq Follow All of Wall Street’s major indexes turned positive in afternoon trading, erasing a volatile pre-market for Dow futures. The Dow Jones Industrial Average gained 180 points, or 0.7%, to 25,172.97. The blue-chip index was down by as much as 91 points earlier in the day. The broad S&P 500 Index of large-cap stocks climbed 0.8% to 2,856.48. Most of the 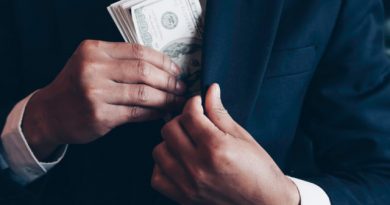 FTX Exchange Pays Users’ Gas Fees Out of Own Pocket

Amazon Flails at Trump, Lashes Out at Reporters in Total Meltdown