By CCN.com: Following a shock 60 percent drop in profits by Samsung Electronics as reported by FT, woes for the South Korean technology giant continued as the Samsung Galaxy Fold, a $2,000 device released to the market this month, demonstrated serious problems in a scandal that’s been dubbed #peelgate. After one day of use… pic.twitter.com/VjDlJI45C9 — Steve Kovach (@stevekovach) April 17, 2019 Is 2019 a Write-Off for Samsung? Not quite. Samsung Group, the biggest conglomerate in South Korea, represents some of the largest companies in virtually every imaginable sector such as insurance, car manufacturing, credit card, biologics, display manufacturing, and 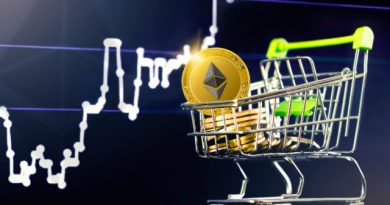 Ethereum Shows First Bullish Buy Signal For Over a Year