The Ethereum merge upgrade was once the most anticipated news in the crypto space, but now that it is in the past, the next anticipated update is the Shanghai network upgrade.

As the scheduled Shanghai network upgrade, which is expected to be launched in March, draws near, the number of validators has been seen increasing. It has recently exceeded the 500,000 benchmark since the merge, according to data from BeaconScan.

For context, a validator or a blockchain validator is one who verifies and validates transactions on a blockchain network to prevent double-spending errors, among other blockchain activities.

Because the Ethereum blockchain has recently moved from a Proof-of-work (PoW) to Proof-of-stake (PoS) mechanism, validators on the ETH network have to now stake a specific amount of 32 ETH, which is worth about $50,302 at current market value, to be qualified for validating transactions.

Since the PoS mechanism was newly introduced to the Ethereum network, features like the withdrawal of funds were delayed. However, following the scheduled launch of the Shanghai upgrade, which will allow validators to withdraw their staked ETH and profit finally, there has been a massive increase in the number of validators.

To prevent a sudden, mass exodus of validators after the Shanghai upgrade launch, the ETH developers have placed a withdrawal limit capped at 43,200 ETH per day out of the total amount of staked ETH in existence.

Reason Behind The Surge In Ethereum Validators

Though it may seem as if the increase in Ethereum validators is due to the network’s upcoming Shanghai upgrade, it is more of the easy accessibility of being a validator on the blockchain created by other platforms such as Lido and Rocket Pool.

These two platforms allow one to be a validator on the Ethereum network without having to stake a total of 32 ETH. Lido and Rocket Pool let users stake less than 32 ETH to participate as a validator. In exchange for their staked ETH, the user receives liquid staking derivative tokens, also known as LSDs, that can be used to generate additional yields in DeFi.

While the number of Ethereum validators continues to surge, the token itself has followed the bullish trend in the crypto market. In the past seven days, ETH has rallied by 18.9% and is currently trading at a market price of $1,571 at the time of writing, with a 24-hour trading volume of $8.3 billion. 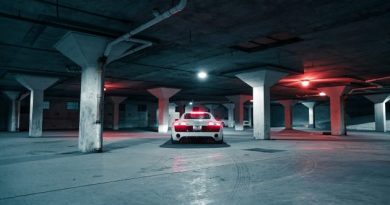 Analysts Think Ethereum Will Push Toward $500 After Bounce at $420