Chia, a cryptocurrency project created in 2018 that uses storage for its consensus, is eyeing a public offering this year, according to statements from its COO, Gene Hoffman. The company just received an influx of investments that are pointing it to become the next ‘green bitcoin substitute,’ due to its relatively low energy consumption compared to other proof-of-work (PoW) alternatives.

Chia Aims to Launch an IPO This Year

Chia, a cryptocurrency that was founded two years ago but launched its mainnet recently, is striving to launch an initial public offering (IPO) as soon as this year, as statements from the company backing it show. Chia Network Inc, which was founded by the Bittorrent creator, Bram Cohen, just recently received a funding round of more than $60 million, which gave the cryptocurrency a valuation of $500 million.

Gene Hoffman, COO of the company, informed the public that these resources will be used to keep hiring manpower and fuel the promotion of the cryptocurrency as an alternative to other important coins in the space, like bitcoin.

Our goal has always been to go public relatively quickly as that will significantly clarify our regulatory environment and allow customers to use currency to hedge public market volatility, which is different from other coins.

The latest round of investments has made them confident about what they might achieve with an IPO. The recent environmental concern narrative that is now seeking greener alternatives to bitcoin’s PoW might help them in the process.

Is Chia’s Use of Hardrives and SSDs Really Green?

But, what is really Chia, and how does it compare to the Bitcoin network? Chia is a cryptocurrency that uses hard drive space, as the pivotal element of its consensus algorithm. Chia miners use this space to plot cryptographic answers that will be challenged by the network. If a block challenge has the same content that a plot in a miner hard drive, then the miner wins the reward. This is known as “Proof-of-Time-and-Space.”

Compared to the Bitcoin network, this approach is greener than PoW consensus, because common hard drives and computers spend less energy than ASIC miners to confirm transactions. However, Chia still has its not-so-green side. There have been reports that show hard disks used by Chia miners often malfunction faster than drives used normally, due to the intensive use that they experience. This creates more electronic waste that needs to be recycled or dumped, also having an impact on the environment.

Be this as it may, Chia proponents believe the asset has a real shot at becoming one of the most important cryptocurrencies in the future. Bram Cohen and Bittorent’s success has helped bolster optimism toward Chia.

What do you think of Chia going public possibly this year? tell us in the comments section below.

Fidelity Looking for Crypto-Fund Managers After Series of Employee Departures 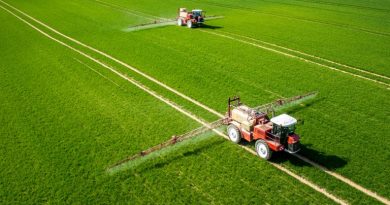