This week a number of digital assets saw significant gains, but the meme-themed digital asset dogecoin has seen a significant rise during the last 48 hours. Dogecoin tapped a high of $0.143 per unit on Wednesday and has spiked more than 104% during the last week. Meanwhile, the billionaire investor and television personality, Mark Cuban, says the Dallas Mavericks have been seeing increased dogecoin sales.

Dogecoin (DOGE), the meme token that was launched on December 6, 2013, has skyrocketed to new heights on Wednesday. 2021 has been quite the year for DOGE traders, as the crypto asset touched an all-time high (ATH) at $0.143 per unit on April 14th.

The digital currency has jumped more than 104% against the USD in seven days and during the last week gained 82% against BTC. The cryptocurrency featuring the likeness of the Shiba Inu dog has also seen a massive +1,181% gain in three months’ time.

Elon Musk has always been a fan of dogecoin and other celebrities have been open DOGE fans as well. This week the star of the American food reality television show “Diners, Drive-Ins and Dives,” Guy Fieri took dogecoin to “Flavortown, USA” when he tweeted about the meme coin on April 13.

“Rollin’ out to the MOON,” Fieri tweeted with a rocket emoji and a dogecoin hashtag. Overnight trading sessions (EST) then saw the crypto token gather more than 20% during the course of the day on April 14.

Musk’s company Tesla also accepts bitcoin (BTC) these days and the company keeps BTC on the balance sheet as well. Moreover, if someone is to purchase a Tesla with bitcoin, Musk said the electric car firm doesn’t plan to convert the BTC into fiat.

In a very similar move, Mark Cuban, a well known investor and one of the hosts on Shark Tank, explained on April 13, that the Dallas Mavericks have been getting a lot of dogecoin sales, and the team is not selling.

FYI, the Mavs sales in dogecoin have increased 550pct over the past month,” Cuban explained. “We have now sold more than 122k Doge in merchandise. We will never sell 1 single Doge ever. So keep buying [at the Dallas Mavs Shop].

If the Mavs are planning to keep dogecoin (DOGE) on its balance sheet, then the NBA team just might be the first corporate entity to do so with the meme-based coin. In addition to triple D’s Fieri, Richard Ray Rawlings star of Discovery’s “Fast N Loud” also mentioned DOGE this week. “Screw it, I’m on the Dogecoin train now. To the moon,” Rawlings tweeted.

Should we add Dogecoin as a form of payment? Asking for a friend.

Meanwhile, across many nations, the terms “dogecoin” and “DOGE” have been trending on social media. The term “dogecoin” on Google Trends (GT) indicates the word is rising in the U.S. in terms of queries. The trend is the same on a worldwide search and similarly, the term “DOGE” is rising as well globally on GT. At the time of publication, DOGE is exchanging hands for $0.123 to $0.132 per unit on Wednesday evening (EST).

What do you think about dogecoin surging and all the celebrities talking about the crypto asset? Let us know what you think about this subject in the comments section below. 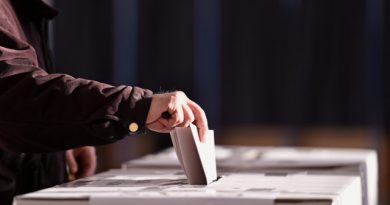 John McAfee Will Fight SEC ‘With Every Last Breath’

CryptoKitties Bite Back… on Mobile!