After the dogecoin hype invoked a new ERC20 token project called Shiba Inu, the crypto asset has been making waves throughout the crypto industry. On Wednesday, the cofounder of Ethereum, Vitalik Buterin donated $1 billion worth of Shiba Inu to India’s Crypto Covid Relief Fund. Then a few days later on Sunday, Buterin decided to burn 410.24 trillion Shiba Inu tokens worth over $6 billion using today’s exchange rates.

A new token called Shiba Inu (SHIB) has been a topical discussion within the digital currency community, aside from the recent focus on Tesla’s Elon Musk. The coin first started making headlines because of dogecoin (DOGE), as the ERC20 token is considered the “dogecoin killer” and the coin has turned people into multi-millionaires almost overnight. Additionally, five days ago, the cofounder of Ethereum, Vitalik Buterin, decided to donate around $1 billion worth of SHIB to India’s Crypto Covid Relief Fund.

Today, SHIB is exchanging hands for $0.00001617 per unit and is up close to 2% on Monday morning. At the time of writing, there is a massive circulating supply of over 497 trillion SHIB. The SHIB market has an overall valuation of around $8 billion with more than $3 billion in global trade volume. The Shiba Inu project has a sizable community, a “woofpaper,” and the team’s vision simply claims to be “Decentralized Meme Tokens that grew into a vibrant ecosystem.”

During the late evening hours on Sunday, Buterin burned 410.24 trillion SHIB and left a message in the transaction hash.

“I’ve decided to burn 90% of the remaining shiba tokens in my wallet. The remaining 10% will be sent to a (not yet decided) charity with similar values to cryptorelief (preventing large-scale loss of life) but with a more long-term orientation,” Buterin said.

“I’ve actually been impressed by how the dog token communities have treated the recent donations,” Buterin’s message said. “Plenty of dog people have shown their generosity and their willingness to not just focus on their own profits but also be interested in making the world as a whole better. I support all who are earnestly doing that,” he added.

Moreover, Buterin further added that he wished ERC20 project creators sent funds to charitable efforts rather than to his wallet. Buterin insisted:

I don’t *want* to be a locus of power of that kind.

The crypto community was informed immediately about the burned 410.24 trillion SHIB with an estimated value of $6.6 billion.

The Twitter account called “Shib Informer” wrote about Buterin’s billion-dollar token burn after the event. “25 minutes ago Vitalik Buterin burned most of his SHIB wallet. He has only 5% instead of 45%,” the account tweeted.

“I hope some of you are at least able to recognize the good deeds he has done both for the world and for the #SHIBArmy,” the SHIB Twitter account added. “You were all literally doubting a person -which is also one of the smartest persons in the world- that could have destroyed SHIB if he wanted but instead [chose] to use our token to improve the lives of thousands that were suffering.” 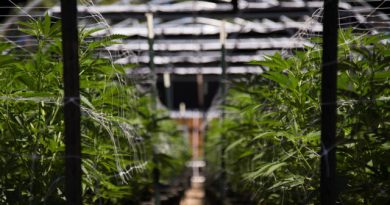