A banking association in South Korea recently added weight to regulatory discussions across the country, raising concerns about the high altcoin trading volume. The Korea Federation of Banks (KFB) requested its members to audit trading volumes through their crypto exchanges’ customers’ altcoin activity.

According to The Korea Herald, the KFB is concerned about potential risks that South Korean banks could be exposed in front of high altcoin trading volumes, as they offer their services to domestic virtual currency exchanges.

The warning comes in the wake of a significant surge of the transaction volumes to around 95% in altcoins, said the media outlet.

An official from the Korea Federation of Banks commented on the matter:

During 24 hours last Saturday, bitcoin (BTC) volume levels were only 4.26% on the domestic exchange Upbit.

That said, the banking association asks local banks to strengthen existing rules on overseeing suspicious transactions through the cryptocurrency exchanges and report them, according to the revised “Act on Reporting and Using Specified Financial Transaction Information.”

Overall, the plethora of crypto regulation news in South Korea keeps making the headlines, as the ruling mentioned above is underway.

In fact, the chairman of South Korea’s top financial regulator, the Financial Services Commission (FSC), Eun Sung-soo, recently warned that all of the digital asset exchanges in the country could be shut down. But his harsh rhetoric on the industry has not been well received among the domestic crypto community.

As of press time, South Korea has about 200 virtual currency exchanges.

What do you think about the warning issued by the South Korean banking association? Let us know in the comments section below. 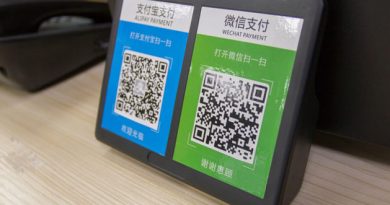 Alipay and WeChat Bow to Beijing Refusing to Play With Crypto