On Wednesday, the Veriblock project, a blockchain that leverages the implementation of proof-of-proof (PoP) consensus, announced an initiative to secure the Dogecoin blockchain using Bitcoin. The Veriblock Foundation believes the effort counters the hostile ‘Blood Bitcoin’ narrative in regard to recent environmental concerns over proof-of-work (PoW).

Veriblock to Secure Dogecoin via PoP and Bitcoin’s PoW

The Veriblock Foundation, a nonprofit created to bolster the adoption of Veriblock’s PoP securitizing consensus algorithm, has revealed a new initiative dedicated to securing the Dogecoin network. Presently, Veriblock developers are in the midst of integrating PoP into the Dogecoin codebase and aim to “present an open-source beta to the Dogecoin community soon for testing and feedback.”

Additionally, the Veriblock team will perform a 51% attack on the PoP-enabled version of Dogecoin in order to showcase the benefits of this technology. Veriblock’s cofounder and chief technical officer Maxwell Sanchez discussed the benefits of the organization’s PoP technology and how the BTC network’s PoW can be better utilized.

“Bitcoin has been under public fire recently for the large carbon footprint of its Proof-of-Work mining protocol,” Sanchez said. “Veriblock reuses Bitcoin’s mining power to secure the world’s blockchains, amortizing the per-transaction environmental cost to levels far below what legacy financial systems provide while enabling Bitcoin to easily meet the requirements demanded by many Fortune 500 companies interested in blockchain technology,” Sanchez stressed.

As Bitcoin becomes better utilized through technologies like Proof-of-Proof, it has the potential to become the world’s most efficient and secure financial platform while providing solutions that transcend finance to fight police corruption, enforce digital property rights, and more. We hope that our work can help to realize Bitcoin’s potential as the security backbone for the digital ecosystem of tomorrow.

Veriblock says that the PoP technology lets any blockchain inherit the powerful security offered by the BTC network’s hashpower. Sanchez believes that the integration of PoP will benefit both chains by securing Dogecoin and making Bitcoin more pleasing to environmentalists.

Veriblock’s PoP Was Very Controversial in 2019, Project’s CTO Claims PoW Is Needed, While PoS and PoC Are Fundamentally Insecure

Veriblock’s project is nothing new to the crypto community, as people have been discussing PoP for quite some time. In December 2019, Veriblock was controversial for its use of block space and the usage made PoP the most used BTC-based OP_Return protocol that year.

At the time Bitcoin (BTC) influencers called the Veriblock outputs “inefficient,” “abuse,” and “spam.” At the end of 2019, small block advocates grew very frustrated with the PoP outputs and even published blog posts about “Transaction Eugenics.” However, in 2020 and into 2021, controversial topics involving Veriblock’s use of the Bitcoin blockchain’s block space stopped.

During Wednesday’s Dogecoin announcement, Veriblock said that even though some people are advocating for proof-of-stake (PoS) and Proof-of-Capacity (PoC) consensus models, members of the Veriblock team argues that these “solutions are fundamentally opposed to the decentralized ethos that Bitcoin was founded upon.”

“Without a Proof-of-Work component, PoS and PoC are fundamentally insecure and is more analogous to the traditional finance world where financial institutions can hold funds hostage and blackball transactions at whim,” Sanchez added. 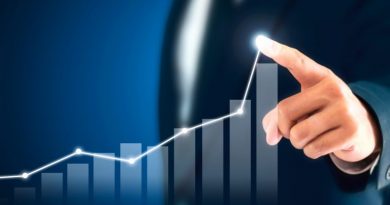 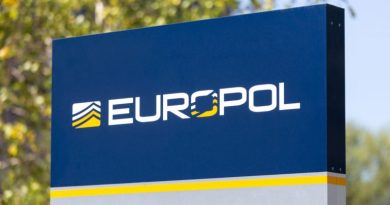 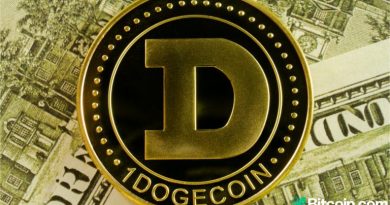 Survey: 1 in 4 American Investors Believe Dogecoin is the Future