Russia can legalize cryptocurrency mining and stablecoins backed by gold under government control, a high-ranking member of the Russian parliament has suggested. The statement comes after Bank of Russia proposed a wide-ranging ban on the use of cryptocurrencies, and their trading and mining.

Mining and Some Stablecoins Can Be Legalized in Russia, Duma Deputy Insists

The free circulation of cryptocurrencies must not be allowed as they carry risks for unqualified investors, but Russia may permit the use of gold-backed stablecoins and the mining of cryptocurrencies under government control, the Chairman of the State Duma Committee on Industry and Trade, Vladimir Gutenev, told the RIA Novosti news agency.

On Thursday, The Central Bank of Russia (CBR) published a consultation paper in which it presented its comprehensive view on cryptocurrencies. The monetary authority proposed to prohibit coin operations through the Russian financial system, crypto investments, exchange, and mining in the country. Meanwhile, the bank has launched the pilot phase of its own digital ruble project.

Cryptocurrencies should be banned, Gutenev agreed, but Russia could make use of a stablecoin denominated in gold and under state control. Such a financial product would be an interesting proposition for both private investors and companies. It can also be used for saving, the deputy said, quoted by the Prime business news portal.

The gold-backed stablecoin could be similar to a golden ruble, the parliamentarian elaborated, and Russia can employ it to circumvent sanctions and the policy of containment applied against the country. The coin can also be used to facilitate regular and transparent economic relations with other nations.

Gutenev revealed he had already discussed the idea with CBR governor Elvira Nabiullina. The head of the Industry and Trade Committee thinks that as an asset, gold is quite undervalued in comparison with reserve fiat currencies such as the U.S. dollar and the euro.

In October, the Ministry of Foreign Affairs said that Russia may consider partially replacing the greenback in currency reserves and trade settlements with other currencies, and even digital assets in the future. Amid expanding U.S. sanctions, Moscow is putting an emphasis on “dedollarization,” Deputy Foreign Minister Alexander Pankin stated in an interview with Interfax.

Commenting on Bank of Russia’s call for a ban on crypto mining, Vladimir Gutenev said he thinks that cryptocurrency farms can be allowed to operate legally if their activities are under strict control of the state. Miners can take advantage of the abundant energy resources and favorable climate conditions in some Russian regions, provided their facilities are powered transparently and they pay all due taxes.

A working group at the State Duma, the lower house of parliament, is now preparing proposals to fill the regulatory gaps in the Russian crypto space remaining after the adoption of the law “On Digital Financial Assets.” Its members are expected to address the outstanding issues in several areas, including the legal status of cryptocurrencies, coin trading, and mining. Media reports have revealed that not all government institutions share Bank of Russia’s hardline position on the matter.

Do you think Russia will permit the use of stablecoins and authorize cryptocurrency mining? Share your expectations in the comments section below. 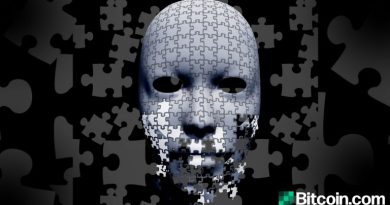 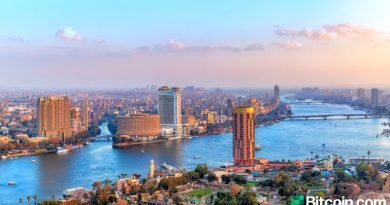 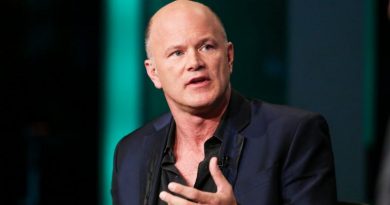 Novogratz: Dangerous Time to Be in Stocks, Bitcoin Has More Upside Than Gold